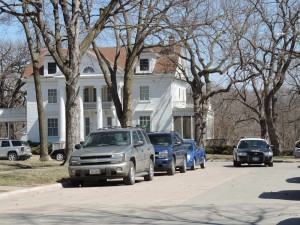 A Mason City police officer patrols the block at the First United Methodist church on April 9, 2014

MASON CITY – There were some problems Wednesday in Mason City related to a large group of people who attended a funeral.

The problems began Wednesday when a fight was reported at about 1 PM at the intersection of 1st Street SE and Georgia Avenue – directly between Mason City police headquarters and First United Methodist Church, where a funeral was being conducted for a well-known Mason City man.

A citizen called police and reported that two males, approximate ages of 16-19, were fighting near the intersection. Police responded and encountered a large group of people there. Some reports said up to 60 people were at the scene.

“Several in the group appeared upset about something and were becoming disorderly,” a police officer told NIT. “Police arrived to keep the peace and find out what the problem was. No one in the crowd was forthcoming on what or who the problem was. Police remained until the crowd dispersed.”

An officer was seen patrolling the area in a squad car as the funeral was conducted inside the church.

Following the funeral proceedings, many of the funeral-goers went to East Park for a cook out.

Police were either dispatched to or observed problematic behavior in East Park at three different times Wednesday afternoon following the funeral that involved the same group(s) of people, police said. The last call to police came at around 6:05 PM.

Mason City police and Iowa State Patrol were reported to be at the park.

“Police dispersed the group(s) due to the ongoing disorderly behavior in the park,” police said.

There were no arrests associated to the day’s events. 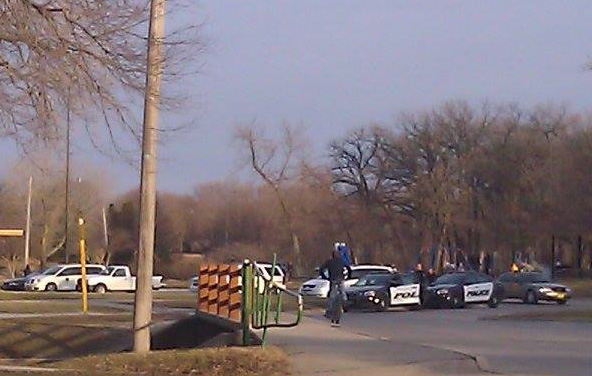