MASON CITY – A Rockwell man accused of punching a person in the face last year is accused again this week of the same crime.

According to officers at the Cerro Gordo County Jail, Monte Ray Bitker, age 30, who is already in jail awaiting court dates for a range of other offenses, punched another inmate in the jaw Thursday while the two were both in the dayroom. An officer said that the victim suffered no fractured bones, and was not hospitalized.

Bitker was charged with serious assault and will face a March 7, 2014 hearing.

Bitker is also accused of punching a man last October 12th near downtown Mason City. He was arrested days later while he was riding his bike through Mason City. He awaits an April 8, 2014 jury trial in that case, but records show he plead guilty. 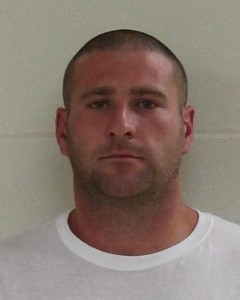