Man wanted since 2006 on OWI arrested, held by immigration authorities

MASON CITY – A man arrested in 2006 by Rockwell police on a dunk driving charge is now in jail an on immigration detainer by federal authorities.

Julio Cesar Samayoa, age 28 of Hampton, is now in the Cerro Gordo County Jail after being arrested at the county courthouse.  His court case on a 2006 operating while intoxicated charge has been on-going since September 1 of 2006 when Rockwell police stopped him.  Since then, court records indicate he has dropped off and on the radar as authorities have attempted to locate him on various warrants.  He posted a $1,950 cash bond in 2010 and then disappeared until now.  Courts have had to hire interpreters for Samayoa during his hearings.  He originally plead not guilty, then changed his plea to guilty.  He then requested a new hearing to change his plea yet again.

This time, Samayoa is being held on $5,000 cash bond and an U.S. Immigration and Customs Enforcement (ICE) detainer. 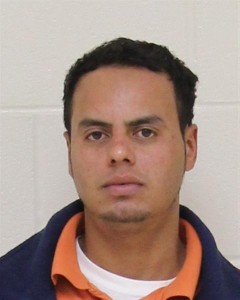 One Response to Man wanted since 2006 on OWI arrested, held by immigration authorities