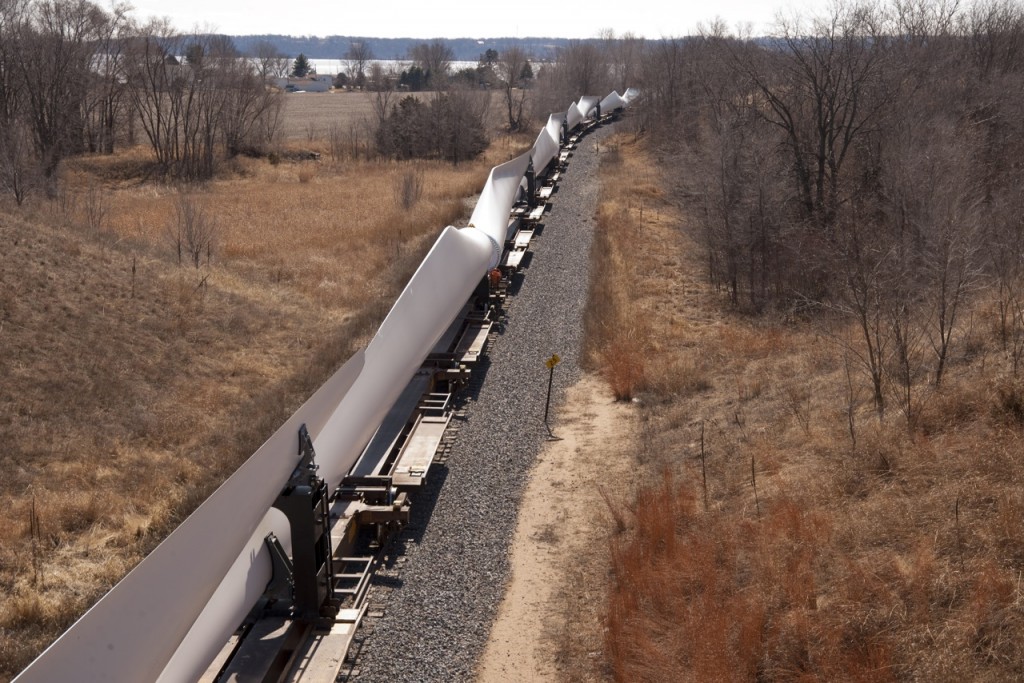 DES MOINES – MidAmerican Energy, an Iowa energy company headquartered in Des Moines, has placed what is called the largest-ever order for on-shorenwind turbines, ordering hundreds of wind turbines from a German company.

Siemens has received an order from the U.S. energy company MidAmerican Energy for the supply of 448 wind turbines. With a total capacity of 1,050 megawatts (MW), this represents not only the largest order ever for onshore wind turbines for Siemens, but also the largest single order for onshore wind power awarded globally to date. The wind turbines, each with a rating of 2.3 megawatts and a rotor diameter of 108 meters, are to be installed in five different projects in Iowa. Siemens will also be responsible for service and maintenance of the wind turbines.

In November, MidAmerican Energy Company announced additional details about the largest wind expansion in Iowa’s history. Earlier this year, the company announced plans to develop up to 1,050 megawatts of additional wind generation in Iowa by the end of 2015. Construction activity is now underway at each of the five project sites, and MidAmerican Energy is releasing information about the developers, turbine supplier, contractors and project size by location.

After the conclusion of a competitive tender process, MidAmerican Energy has selected Siemens Energy as the turbine supplier for all project sites. All of the blades for the expansion will be manufactured at Siemens’ Fort Madison, Iowa, facility, while the nacelles will be manufactured at Siemens’ Hutchinson, Kan., facility. Siemens will provide turbines utilizing technology from its 2.3-megawatt, G2 platform for all five projects. The contract also includes a service, maintenance and warranty agreement.

Once complete, the new wind projects, which will consist of 448 wind turbines, will generate enough electricity to power the equivalent of approximately 317,000 average Iowa households.

“We look forward to continuing positive relationships with state and county officials as well as landowners and other local residents during the construction and operation of the new wind farms,” said Bill Fehrman, president and CEO, MidAmerican Energy. “Not only will the projects bring jobs and other economic development to the state, they will enhance MidAmerican Energy’s renewable energy portfolio – making additional affordable, environmentally responsible energy to benefit our customers.”

The wind expansion will provide more than $3 million in landowner payments each year and more than $360 million in additional property tax revenues over the next 30 years. The expansion will be constructed at no net cost to the company’s customers and will help stabilize electric rates over the long term. Approximately 1,000 construction jobs will be added to Iowa’s economy during the two-year construction period, and approximately 40 new permanent jobs will be added when the expansion is complete.

The company began building wind projects in 2004 and, to date, has installed 1,267 wind turbines in Iowa, making MidAmerican Energy the No. 1 rate-regulated utility owner of wind generation in the U.S. When the projects are complete by year-end 2015, approximately 39 percent of MidAmerican Energy’s generation portfolio will come from wind resources associated with its 1,715 wind turbines, further strengthening the company’s top ranking.