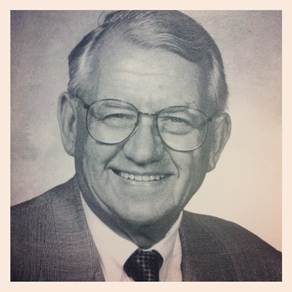 IOWA CITY, Iowa – – Jim Zabel, who broadcast University of Iowa athletic events for 50 years, passed away Thursday at his home in Scottsdale, Ariz. He was 91. Information regarding a memorial service in Des Moines will be released when finalized.

Zabel was employed by WHO radio in Des Moines, Iowa, and later was part of the UI’s original broadcast team for Learfield Sports Properties. Zabel was currently serving as co-host of the Jim & Jim weekly radio show on WHO radio.

“The Hawkeyes lost a precious part of their history with the passing of Jim Zabel,” said UI director of athletics Gary Barta. “First and foremost to Jim’s immediate family, we’re so sorry for your loss. To the greater family, the Hawkeye family, Jim touched three or four generations of Hawkeye fans, and we’re going to miss him. He had a passion for life, a passion for broadcasting, particularly at WHO, and clearly a passion for the Hawkeyes. His slogan ‘I love it, I love it, I love it’– that wasn’t just a slogan, that’s how he lived his life. There’s no question we’re going to miss him.”

“Jim was both a mentor and a friend,” said current Iowa play-by-play announcer Gary Dolphin, “Guys like Jim, Bob Brooks and Ron Gonder, are special people; they have helped a lot of young broadcasters along their career paths. If Z taught me anything, it was to always inject a little humor in the broadcast because every game performance is not going to be sparkling. A loss is a loss, but you can keep it entertaining.

“Jim obviously had a great eye for analytical talent,” said Dolphin. “I am so blessed, as are the listeners, to have Ed Podolak and Bobby Hansen in the booth each game day. Jim hired both. He loved his Hawkeyes and he loved the broadcast booth.”

Zabel was a native of Davenport, Iowa. He earned his journalism degree from Iowa in 1944 and immediately began his broadcasting career at WHO radio and television. His broadcasts of over 6,000 sporting events included every Iowa football and basketball game for 50 years.

Zabel’s career at WHO also included 52 years of coverage of the Iowa high school girls and boys state basketball tournaments, the Drake Relays for 60 years and select basketball games for both Drake University and Iowa State University for 20 years.

Zabel earned the Marconi Award as the Personality of the Year from the National Association of Broadcasters in 1993. He is a member of the Des Moines Register, Iowa Broadcasters, and Des Moines Sports Director: Steve Roe Associate: Matthew Weitzel Assistants: James Allan, Chris Brewer, Patrick Sojka, Traci Wagner Halls of Fame. He is a member of the Kinnick Stadium media “Wall of Fame” and was recognized by the UI as an honorary letterman.

“I was deeply saddened to hear of the passing of my longtime friend and broadcast icon, Jim Zabel,” said Ed Podolak, who teamed with Zabel to broadcast UI football games in 1981. “He brought the Hawkeyes to me via radio on my parent’s farm in Cass County as I grew up, and later offered me the opportunity to join him in the Hawkeye broadcast booth. I will forever cherish our times together.”

“I grew up listening to Jim broadcast Hawkeye basketball and remember how he painted the picture through the radio,” said Bob Hansen, who initially joined Zabel for Iowa basketball broadcasts in 1992. “He solidified my love for the Hawkeyes. It was an honor to work with Jim, and I will always treasure the time we spent together. The stories and memories of the Iowa coaches and players that Jim shared left an indelible mark with me. He enjoyed every minute of his life.”

Jim is survived by his wife, Jill, his daughter, Jane Paul and husband Jeff, grandchildren Annie Gibson and her husband Brian, and A.J. and Charlie Paul, stepchildren Jennifer Greaux and husband Ken, and Jeff Williams, three great-grandchildren, several nieces and nephews, and his sister, Joan Humm. He was preceded
in death by his first wife, Mary Jan, and his daughter, Diane Webster.