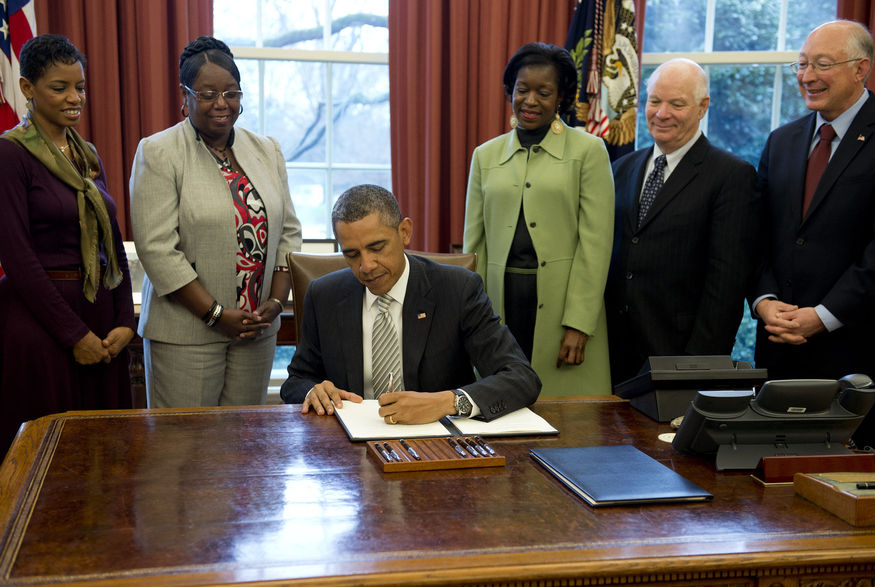 “These sites honor the pioneering heroes, spectacular landscapes and rich history that have shaped our extraordinary country,” Obama said of the proclamations designating the monuments in Delaware, Maryland, New Mexico, Ohio and Washington state. “By designating these national monuments today, we will ensure they will continue to inspire and be enjoyed by generations of Americans to come.”

The designations were made with bipartisan support from congressional, state and local officials, businesses and others, and are expected to help their local economies grow through tourism and outdoor recreation, the White House said.

The White House described the monuments as:

— Charles Young Buffalo Soldiers National Monument, Wilberforce, Ohio. The monument will preserve the home of U.S. Army Col. Charles Young, who was the third African-American to graduate from West Point and the first to achieve the rank of colonel.

— First State National Monument in Delaware. The monument honors the early Dutch, Swedish, Finnish and English settlement of Delaware, as well as Delaware’s role as the first state to ratify the Constitution. The park is comprised of three historic areas — the Dover Green, the New Castle Court House complex and the Woodlawn property in the Brandywine Valley.

— San Juan Islands National Monument in Washington. Home to bald eagles, orca whales, harbor seals and other rare species, the San Juan Islands is a chain of 450 islands, rocks and pinnacles in Washington state’s Puget Sound. A number of historic lighthouses are located on the islands, as well as fossils dating back 12,000 years.