EDITORIAL: We are all paying the price for Bookmeyer and his lap dogs running this city 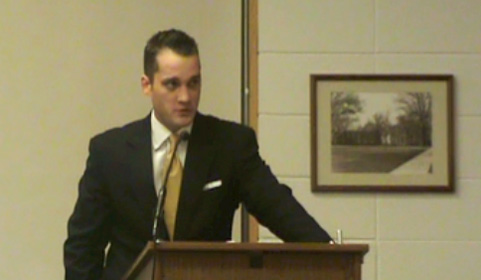 At this time, the people of Mason City are faced with a tax hike due to the behavior and spending of our current council and Mayor Eric Bookmeyer.

Bookmeyer and his six lap dogs have issued a blank check policy to the chamber of commerce and have freely spent tens of thousands of dollars on projects like remodeling City Hall, Blue Zones, sculptures, and free handouts to businesses which created no jobs.

While the fat pigs eat from the public trough, the rest of us will likely pick up the bill, with the most needy in town suffering the most.  The United Way can’t stuff enough food into the backpacks of the children in Mason City schools at 3 o’clock… so they can have a meal before bed.

This is what happens when people with no conscience rule; people with master’s degrees in enriching themselves and their egos at the expense of the common man.

This is what happens when the public is totally disengaged, has no care for what is taking place in their own city.  The foxes now rule the hen house.

As Bookmeyer and his council march our Human Rights to the death chamber – bullying and intimidating it along the way, offering no solutions nor thought on how to save it – a favorite program of the elite continues to suck public dollars out of the bloodstream of our community with zero accountability and no proven return on investment.

Just since 2009, Mason City, Clear Lake and Cerro Gordo county have poured hundreds of thousands of dollars into an outfit called the North Iowa Corridor.

One would think that with over a million dollars in funding, the public would deserve answers to these questions, and one would also think that these men would love to talk about the successes of the Corridor… if they existed.

Perhaps Mr. Trout fears the Corridor Board, made up of bankers and construction company owners, one of his true bosses in Travis Hickey, his life master Eric Bookmeyer, and County Supervisor For Life Jay Urdahl.  Oh wait, Trout is on the board, too.

As for smooth-talking Corridor Director Brent Willett – who left Fairfield, Iowa in 2011 as the “Executive Director of the Fairfield Economic Development Association and Fairfield Area Chamber of Commerce” – he has no accountability and no true success stories.  Willett’s crowning achievement was set to be the ill-fated trash-to-energy plant he recruited to Mason City.  That project has now been thoroughly de-bunked.

I visited the Corridor’s web site –  the first tool any organization uses to attract prospective contacts.  Aside from some reports that only a rocket scientist could decipher, and some railroad and highway maps of North Iowa, there is virtually nothing useful.

The Corridor is a clear duplication of Mason City’s newly-formed Development Services Department (see its mission here … and the Corridor’s here and determine for yourself). The city has the tools and personnel to accomplish anything the Corridor has failed to do and then some.

I suggest that the North Iowa Corridor face the same level of scrutiny our Human Rights has endured.  It is time to look at all expenditures coming out of City Hall, and I would put the Corridor at the top of the list.  It might be hard to make a case for its survival.