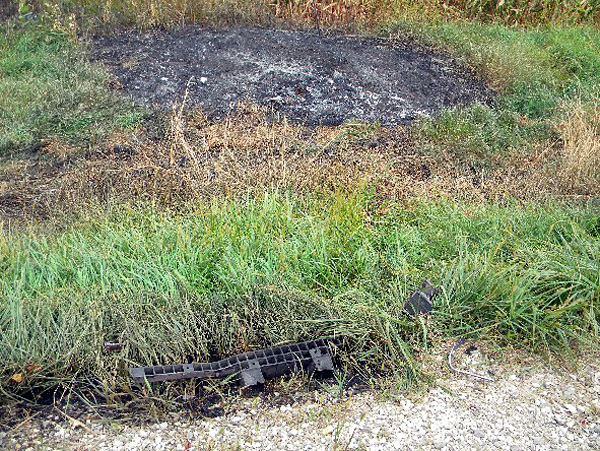 WORTH COUNTY – A two car accident with injury occurred in Worth County Sunday night at 10:50 pm on County Highway A39 West of Highway 65, also called 390th Street, just east of Nettle Avenue.

Both cars, according to the Iowa State Patrol crash report, were 1980 Chevy Corvettes.

No mention of whether either driver was wearing a seat-belt.

The accident remains under investigation by the Iowa State Patrol.

In the pictures you can see the long skidmarks, pieces of the vehicles still at the scene on Monday and the burn marks.