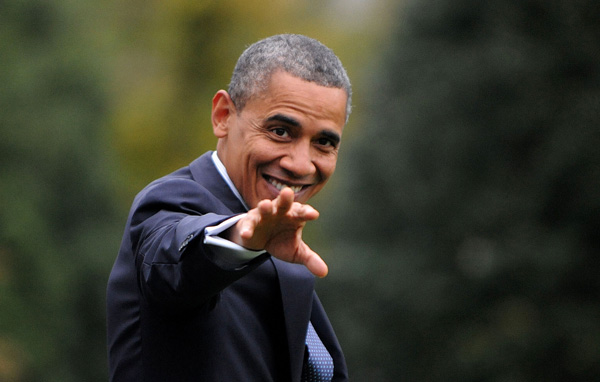 By Michael A. Memoli and Seema Mehta, Tribune Washington Bureau –

LOS ANGELES — President Barack Obama mocked Mitt Romney on Sunday night for shifting his positions in the first nationally televised debate and added that his foe was not offering “change,” but a “relapse” to failed GOP policies. And for the first time, he publicly acknowledged his own poor showing.

As he took the stage at the Nokia Theatre in downtown Los Angeles after a star-studded “30 Days to Victory” concert, the president praised the performers who entertained a crowd of 6,000, with a nod to the “old school” Earth Wind and Fire and the “new school” Katy Perry.

“My understanding is it was an incredible show,” said Obama, who whisked downtown only moments before he took the stage.

“They just perform flawlessly night after night. I can’t always say the same,” he added sheepishly.

Before some of his most fervent backers — most of whom paid at least $250 to attend — Obama also recalled that his 2008 campaign was not without its “bumps in the road.”

“Things always look better in retrospect. But in the middle we made all kinds of mistakes,” he said. “We goofed up. I goofed up. But the American people carried us forward. And even with all the things we had going for us, all the way things just kind of converged, 47 percent of the country still didn’t vote for me.”

Obama made the comments on the first day of a two-day California swing that includes multiple fundraisers expected to add as much as $10 million to his campaign war chest. He will also visit the Keene home and gravesite of labor leader Cesar Chavez on Monday as it is formally designated a national monument.

The president’s Republican opponent, Mitt Romney, on Sunday closed out a three-day visit to the battleground state of Florida, where he previewed a Monday foreign policy speech. As he has throughout the campaign, he argued that America had lost influence around the world during Obama’s tenure.

“I will do what it takes to restore a strong and vibrant economy that can care for our families and can care for military second to none,” he said at a rally in Port St. Lucie. “I will keep our military so strong no one would ever think of testing it. This is our time.”

Obama’s visit to California brought him back to a state whose fiscal sustenance is important to all Democratic candidates. Indeed, his first event upon arrival Sunday afternoon was a thank-you session with a dozen unidentified donors at the home of DreamWorks Chief Executive Jeffrey Katzenberg. Also present was a past beneficiary, former President Bill Clinton. After the Nokia event, Obama traveled to a $25,000-per-person fundraiser atop the Ritz-Carlton.

Since Wednesday’s debate in Denver, where his performance was criticized as listless, Obama has forcefully denounced Romney, and he continued in that vein Sunday. Obama said that everything he and his supporters fought for in 2008 “is on the line here in 2012.”

“I have seen too much pain and too much struggle to let this country go through another round of top-down economics,” he said. Linking Romney with the George W. Bush administration record, he said: “That’s not change. That’s a relapse.”

The president was knocked for failing to respond aggressively in the debate as Romney rejected assertions that his tax plan would leave a $5 trillion hole in the budget. But on Sunday, Obama had an answer.

“A few weeks before this election, he’s trying to pretend it doesn’t exist,” he said of Romney’s insistence that his plan would have no such effect. “Because that’s a lot easier than trying to explain how he’d pay for it without asking middle-class families to pick up the tab.”

Obama said that among the only specific cuts Romney cited to offset his proposed tax breaks for the wealthy was ending the subsidy for PBS and the Sesame Street character Big Bird. “So for all you moms and kids out there, don’t worry, somebody’s finally cracking down on Big Bird. Elmo’s made a run for the border,” Obama said.

In Florida, Romney sought to appeal to moderate voters by saying that he would do everything in his power “to make us more united as a people” and that, if elected president, he would seek out Democrats as legislative partners.

Romney said he would try to find like-minded Democrats in Washington to work with him on issues such as education, Medicare and taxes.

Standing before a giant banner that said “Protect & Strengthen Medicare,” Romney also tried to blunt Obama’s attacks on his proposal to transform Medicare for those who are now 55 or younger. He did so by seeking to shift the discussion to a $716 billion cut to Medicare that is intended to help pay for the president’s new health care law. (The cut is to future payments to insurance companies and hospitals, not to recipients; Romney has nonetheless suggested otherwise.)

“I will do everything in my power to draw on that greatness of the American people — to make us more united as a people; to have us pull together; to reach across the aisle and find good Democrats in the House and the Senate that care deeply about America, just as I do,” Romney told thousands of supporters fanned out on the muddy grass of an outdoor mall.