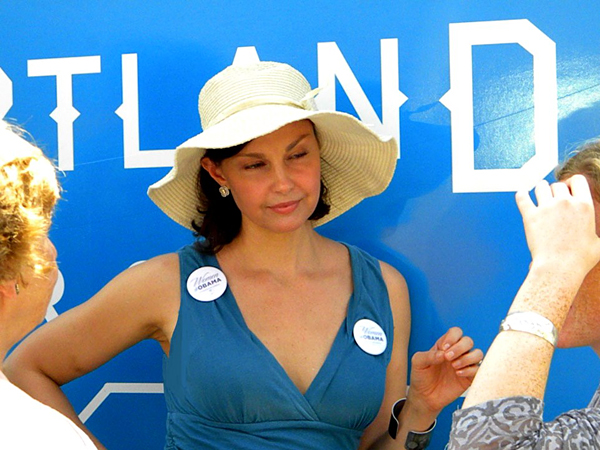 “There are a lot of people excited to hear them campaign for President Obama,” said Sharon Steckman earlier Friday morning.

McKenzie came in first and said, “They have money, we have resources on the ground. We have this room, we have the people in this room and 50 offices all over the state. We have to make those calls, talk to people one-on-on and talk to them from our hearts.”

He checked out the volunteer list on the wall and asked people to volunteer and get involved.

Judd talked about medical issues, farming and economy issues, women and their job losses and how it’s changed. “1.3 million jobs have been added to the private sector.”

Kaya Schafer and Carter Johnson, both Seniors at North Butler High School, volunteered to make some phone calls for the Democratic Office.  They called Des Moines area residents, informing them of the appearance of the President Saturday morning and where they could get their free tickets.

“I’m looking into a future involving International Relations,” said Schafer. “Politics sparked my interest while I was in Ames at the Iowa American Legion Auxiliary Girls State.”