Mason City police were called Saturday at 10:23pm by a female subject to report alleged harassing and threatening phone messages from Michael Scott Peckham of 411 2nd Street NE in Mason City. After an investigation Peckham was arrested and transported to Cerro Gordo County Jail.

Peckham was booked into the jail shortly after midnight on Sunday morning on one simple misdemeanor count of 3rd degree harassment.

Peckham was last in the Cerro Gordo County Jail from January 20th to January 25th to serve five days on a 3rd degree harassment conviction. Court records show Peckham has been found guilty 7 times in the past few years for different forms of harassment with different victims in some of the cases. 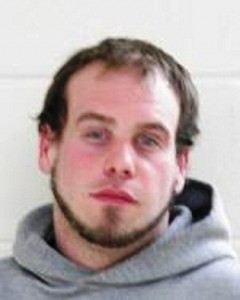