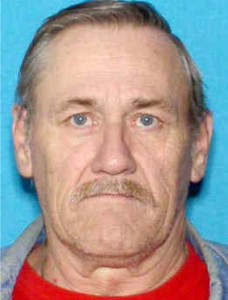 Leon, IOWA — On August 16, 2012, law enforcement conducted several search warrants in Osceola, Marshalltown, and Urbandale, Iowa in effort to gain more information about a home invasion in Leon, Iowa. As a result of those search warrants, law enforcement arrested 24 year old Erik Cipriani of Marshalltown, and 22 year old Daniel Fletcher of Urbandale. Cipriani and Fletcher have both been charged with one count of Robbery in the First Degree (Class B Felony), one count of Burglary in the First Degree (Class B Felony), and four counts of Unlawful Imprisonment (Serious Misdemeanor).

Additionally, law enforcement is actively searching for 59 year old Bobby Eugene McGee.  McGee (pictured) should be considered armed and dangerous.  If any member of the public should come in contact with McGee, do not approach him.  Contact your local law enforcement agency or call the Leon Police Department.

On August 10, 2012, at 10:32 PM, the Leon Police Department, Decatur County Sheriff’s Department, and Iowa State Patrol were dispatched to 706 NE 2nd Street in Leon after a report of multiple armed intruders inside the home.

During a search of the area surrounding 706 NE 2nd Street, officers found 24 year old William Edward Crawford-Beveridge of Urbandale, hiding on the property. Crawford-Beveridge was taken into custody without further incident.  He was then charged with one count of Robbery in the First Degree (Class B Felony), one count of Burglary in the First Degree (Class B Felony), and four counts of Unlawful Imprisonment (Serious Misdemeanor).

Those inside the home suffered only minor injuries.

This is an active investigation.  Anyone with information on the home invasion is asked to contact the Leon Police Department at 641-446-7733, or the Division of Criminal Investigation at 515-725-6010.