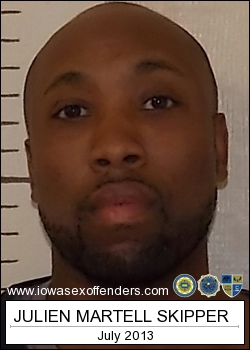 DAVENPORT – A convicted sex offender was found by police hiding under a child’s bed.

Julien Martell Skipper, age 34, was arrested on April 19 by Bettendorf police after a disturbance in an apartment complex; he was hiding under a child’s bed and charged with felony drug possession and felony parole violation.

This week, police added new felony charges of failure to register as a sex offender and violation of the sex offender registry.