Latham: If we don’t remember them, who will? 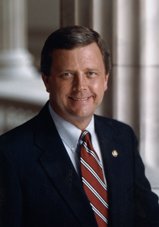 Perhaps the most fitting way to observe Memorial Day is to call to mind the collective memories we share of those Americans who sacrificed everything for our country and our freedom. More often than not, these individuals were everyday Americans – our friends, our family and our neighbors – who took on extraordinary challenges and made the ultimate sacrifice.

If we don’t remember them, who will?

Iowa’s proud history is full of heroes who served our country stretching all the way to the earliest days of our state. Take a tour of the State Capitol, for instance, and you’ll see an exhibit devoted to flags that once waved over the heads of Iowa soldiers who marched into battle during the Civil War. Every major American conflict of the 20th and 21st centuries has born witness to ordinary Iowans making extraordinary sacrifices. On Memorial Day, I think it’s appropriate to take a few moments to recall some of these great patriots who fell in the line of duty.

Merle Hay is a name familiar to virtually everyone who has lived in the Des Moines area for any length of time because of the road and landmarks that have been named after him. But fewer people probably know that Merle Hay was among the first American servicemen to lay down his life in World War I. Hay grew up in Glidden and served in the trenches of France after the U.S. entered the Great War. In the early morning of November 3, 1917, German forces raided Hay’s trench. He fought valiantly with his bayonet in the dim light provided by flares, but, when the Germans withdrew, it was discovered that Hay was among three American casualties.

World War II brought out the same kind of heroism from Iowa servicemen. Captain Darrell B. Lindsey, a native of Jefferson, led a formation of 30 B-26 bombers on a mission to destroy a strategically important enemy-held railroad bridge in France two months after D-Day in 1944. His bomber encountered fierce anti-aircraft fire, and his right engine took a direct hit before the bombing run could be completed. Flames burst from the engine and threatened to engulf the entire right side of the aircraft. Lindsey knew the gasoline tank could explode at any moment.

But rather than abandon the mission, Lindsey continued to lead the formation toward the target. Only after the bombing run had been completed did he order the crew of the aircraft to parachute to safety. With no regard for his own life, he held the doomed plane in a steady glide long enough for the rest of the crew to jump. Before he could evacuate, however, the gas tank exploded and his plane crashed. He was awarded a posthumous Medal of Honor for his selfless heroism.

The Korean War produced no shortage of Iowa heroes. One such hero was Sgt. 1st Class Junior D. Edwards, an Indianola native who was also awarded a posthumous medal of honor.

After serving in World War II, he later re-enlisted in 1947. His platoon was ordered to defend a strategically vital high ground in Korea in early 1951. The platoon was forced out of its position by withering enemy machine-gun fire. Edwards individually charged the hostile position with grenades three times. His third charge enabled his platoon to regain its vital position on the high ground, but the final daring assault also resulted in Edwards taking mortal wounds. Without his heroic sacrifice, an entire corps of South Korean troops likely would have been captured by communist forces.

Then there’s 2nd Lieutenant Robert J. Hibbs, a graduate of Cedar Falls High School and the State College of Iowa. Hibbs received the Medal of Honor for his heroic actions in Vietnam. While commanding an ambush patrol in a dense jungle area, Hibbs learned that a wounded American soldier was stranded between the two opposing forces. Although he was near safety, he refused to leave a man behind. Hibbs and another of his comrades attempted to rescue the stranded soldier. While his partner dragged the wounded man back toward friendly lines, Hibbs laid down cover fire. He was eventually struck down and succumbed to mortal wounds.

The terrorist attacks of September 11, 2001, moved a new generation of heroes to wear the uniform of the armed services. New threats and challenges ensured that the conflicts in Iraq and Afghanistan would be of a very different nature than the wars that preceded them. But the heroism and sacrifice of those who served – and continue to serve – are just as profound.

Navy Petty Officer 2nd Class Jaime Jaenke died in June 2006 when her Humvee was hit by a roadside bomb in the Al Anbar province in Iraq. A native of Iowa Falls, Jaenke was the first Iowa woman to lay down her life in Operation Iraqi Freedom.

Army Sergeant Brent Maher, of Honey Creek, Iowa, made the ultimate sacrifice in April 2011 when the vehicle he was traveling in struck an improvised explosive device in Afghanistan. Both Jaenke and Maher left behind young children. Their stories remind us that the families of fallen servicemen and women must also bear a heartbreaking burden and are equally deserving of our thanks.

While we remember and honor the fallen Iowans I’ve just mentioned, we must also note that their stories are far from isolated. Rather, they are part of Iowa’s long and storied tradition of service. As I mentioned earlier, Iowans have served their country and died in every major conflict since the founding of our state.

Although these stories are drawn from nearly a century of history and from conflicts that span the globe, each of these Iowans shared an unshakable belief in a cause greater than themselves. No one has done more for the cause of freedom than those who gave up their lives in the service of our nation. They died because they selflessly assumed the responsibility of defending the United States of America. Because of that, it’s our responsibility to make sure they are never forgotten.

Because if we don’t take the time to remember, who will?