This news story was published on October 23, 2019.
Advertise on NIT • Subscribe to NIT 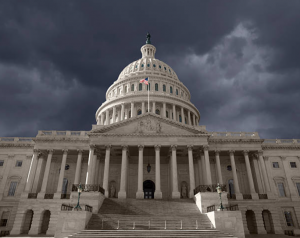 WASHINGTON, D.C. – President Donald Trump is facing an impeachment inquiry at this time in the House of Representatives.

The House Intelligence Committee, chaired by Rep. Adam Schiff of the 28th District of California, is holding hearings to decide whether there are grounds for impeachment of President Trump. There have been a parade of witnesses so far, some of whom have offered testimony regarding whether or not Trump and his associates held up vital military aid to Ukraine in exchange for promises from officials there to investigate former Vice President Joe Biden (a so-called “quid-pro-quo” which the President has denied).  The Ukrainians, reportedly, were desperate for military aid for defense against Russian aggression.  The normal aid that was to be delivered to Ukraine was put on hold by President Trump and its president was asked to make a public announcement that Biden was under investigation.  Ultimately, the president of Ukraine after saying he would make the announcement relented and did not do so, saying he did not want to be a pawn in a U.S. election, documents released Tuesday show. 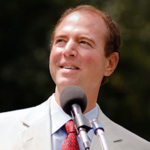 There are Republicans in the House Intelligence Committee meetings, but the hearings are closed to the public, similar to a grand jury investigation.  The testimony is kept secret for a number of reasons, but one is so that those called to testify cannot hear what others who testify say during their testimony and thus adjust or alter what they tell the committee.  Supporters of President Trump have railed against the “process” mainly, but have said less about the testimony. Some staunch right-wing Trump supporters in Congress stormed into the meetings – called a Secure Classified Information Facility (SCIF) – Wednesday with recording devices and were blocked and ejected; the fallout from that incident is still unfolding. 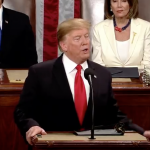 The House Intelligence Committee members will draw up articles of impeachment and present them to the full House for a vote if they find grounds to do so. If this vote passes, the Senate tries the case in public view – if Majority Leader Mitch McConnell allows a trial. It would take a two-thirds majority of the Senators present to convict the President, who cannot pardon himself.