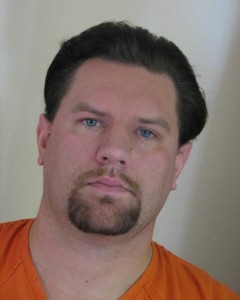 The Iowa Division of Criminal Investigation conducted an investigation upon receiving a report that an inappropriate internet chat room message had been exchanged between Burke and a minor female.  During an interview with DCI agents, Burke admitted to having physical contact with two minor females from Allamakee County.

Joshua Burke is employed as a school bus driver for Eastern Allamakee Schools.  He has been placed on administrative leave pending the outcome of the criminal investigation.

The investigation is being conducted by the Iowa Division of Criminal Investigation with assistance from the Allamakee County Sheriff’s Office and the New Albin Police Department.

It should be noted a criminal charge is merely an accusation and the suspect is presumed innocent until and unless proven guilty.