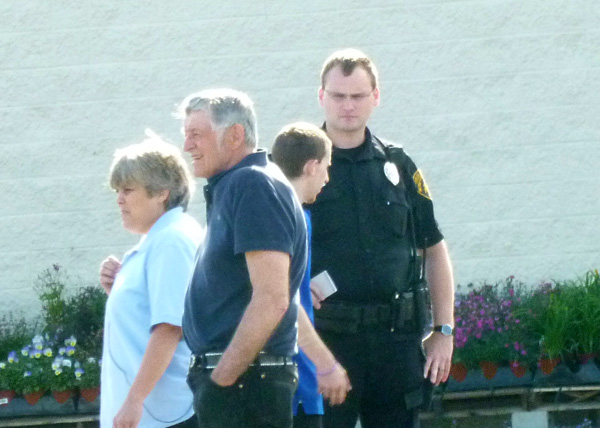 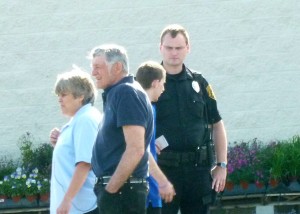 CHARLES CITY – Reports are coming to NIT from readers that the Charles City KMart store was evacuated at about 5:00 PM.

The caller stated that a person had called in a bomb threat but this could not be confirmed immediately.  The caller stated that the incident unfolded after an altercation between two women who were arguing after one of them had approached the other about the way she was treating her children.  The caller further stated that she was shopping when the store loudspeaker asked for attention from all shoppers and employees and asked everyone to leave the store.  People congregated in the parking lot and were told stand far away from the building.

(PHOTO: A Charles City police officer controls the public at the Charles City K Mart on Monday, May 7, 2012.)

The Charles City police could neither confirm nor deny that an incident had taken place at the store.

More information as it is released.