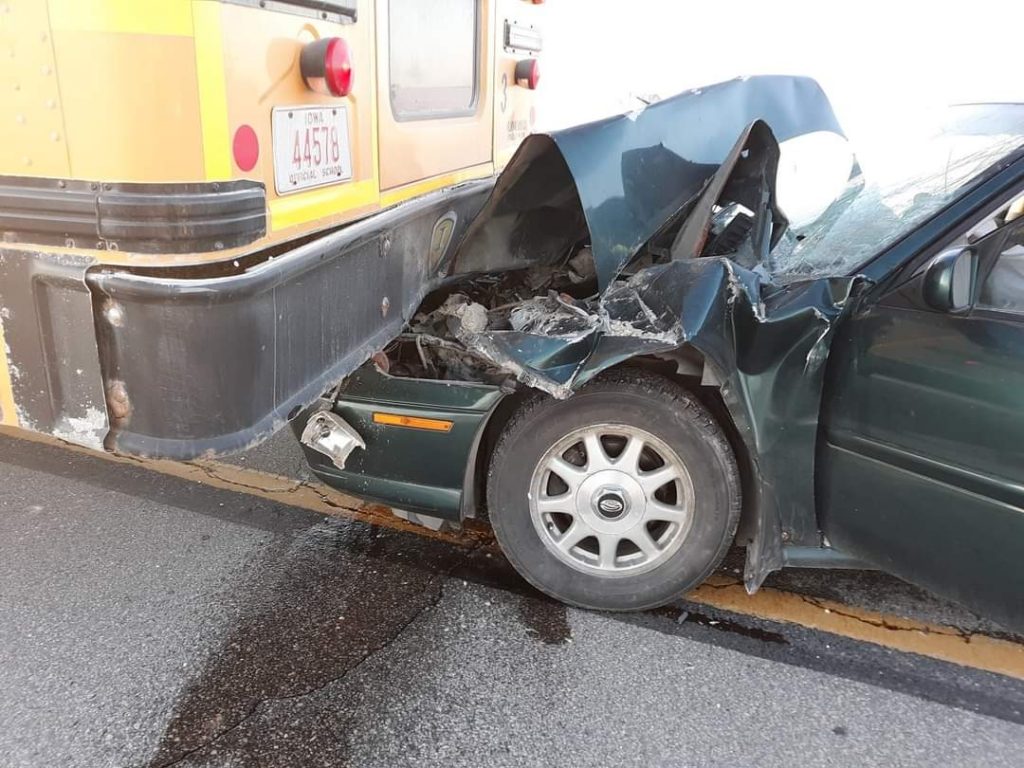 FAYETTE COUNTY – An Iowa teen slammed into the rear of an Iowa school bus, causing thousands of dollars in damage.

On January 11, 2022, at 7:54 AM, a Fayette county deputy approached a two-vehicle accident on Hwy. 187 about a mile south of Arlington. Upon investigation, it was learned that the accident involved a Starmont school bus and a passenger car. Deputies learned that the 2010 International school bus, operated by 68-year-old Janaan German of Lamont, was slowing down due to a vehicle that was broke down on the side of the road, when a 1997 Chevy Malibu operated by a 16-year-old juvenile who did not see the bus slowing down collided with the rear end of the school bus. Law enforcement says the teen slammed into the bus :due to the sun.”

Minor injuries were reported in the car, and the Chevy Malibu is believed to be totaled. The school bus sustained around $5,000 worth of damage.

At the time of the collision, the bus was transporting 28 students to the school. They were transferred to a different bus and then transported back to Starmont School where they were all evaluated for any injuries by medical staff. so far, there were no injuries reported to the Fayette County Sheriff’s Office.

The Fayette County Sheriff’s Office was assisted by the Arlington Fire Department and Arlington Ambulance. This accident remains under investigation.

2 Responses to Teen slams into rear of Iowa school bus, causing thousands of dollars in damage