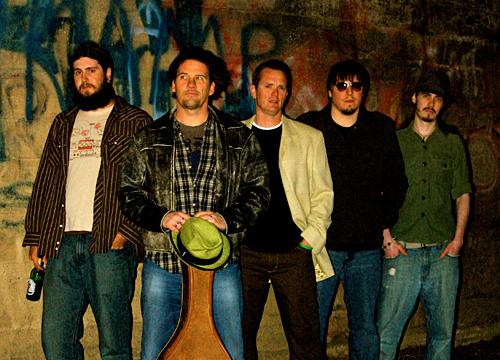 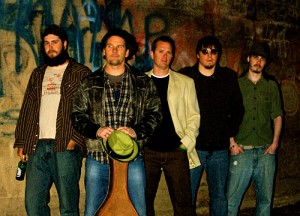 The band was started by guitarist and lead vocalist Todd Partridge, who… spent over 10 years creating original music with the western Iowa based group, Salamagundi, who released 3 Albums between 1998 and 2008. The concept for King Of The Tramps started in early 2010. “With King Of The Tramps we are creating a more loose, raggedy, rootsy, rock sound.”

Partridge said. “Think of it as the Rolling Stones during the ‘Exile on Main Street” period, with modern influences added into the mix –  and without most of the legal problems, and decadent influences .” Justin Snyder adds lead guitar and a scientific dedication to recreating classic tones. Rich Baker plays bass and brothers Adam and Ryan Audlehelm fill things out with keyboards and drums.

An album of original material “Good People” was released in November 2011, with gigs in the Midwest to follow. Partridge said, “The music we are creating is has its own unique twist, and is going to appeals to a wide-range of fans, from blues lovers to jam band followers and classic and country rock fans. “

The band takes its name from the spirit of the golden days when hobos and itinerants roamed the U.S. many in search of work and some just feeling the freedom of traveling a beautiful young and wide open country. Woody Guthrie most famously represented the image of the independent traveling troubadour, fighting for downtrodden individuals and singing picturesque songs about the beauty he saw from the door of a boxcar. King Of The Tramps takes its name for a lesser known rail legend. Not many people know the legend of Tex – King of the Tramps. Tex rode the rails in the 1930’s and 1940’s often leaving his mark “Tex K.T.” carved into bridges, fences and buildings across the U.S. His moniker has been found near old railways around the plains of West Central Iowa. “I once saw Tex’s mark on an old building by the railroad tracks in Carnarvon, Iowa, Partridge said. “Our goal in King Of TheTramps is to create music that makes people dance and feel good and conveys that same spirit of wanderlust and timelessness.”

Percussionist Ryan Audelhelm says he is particularly excited to visit Mason City because of the friends and fans in the area.  ”I’ve made a lot of friends at festivals in Northern Iowa and Southern Minnesota and they are excited to see us in the area.” Ryan said.

The band takes the stage at 9pm.