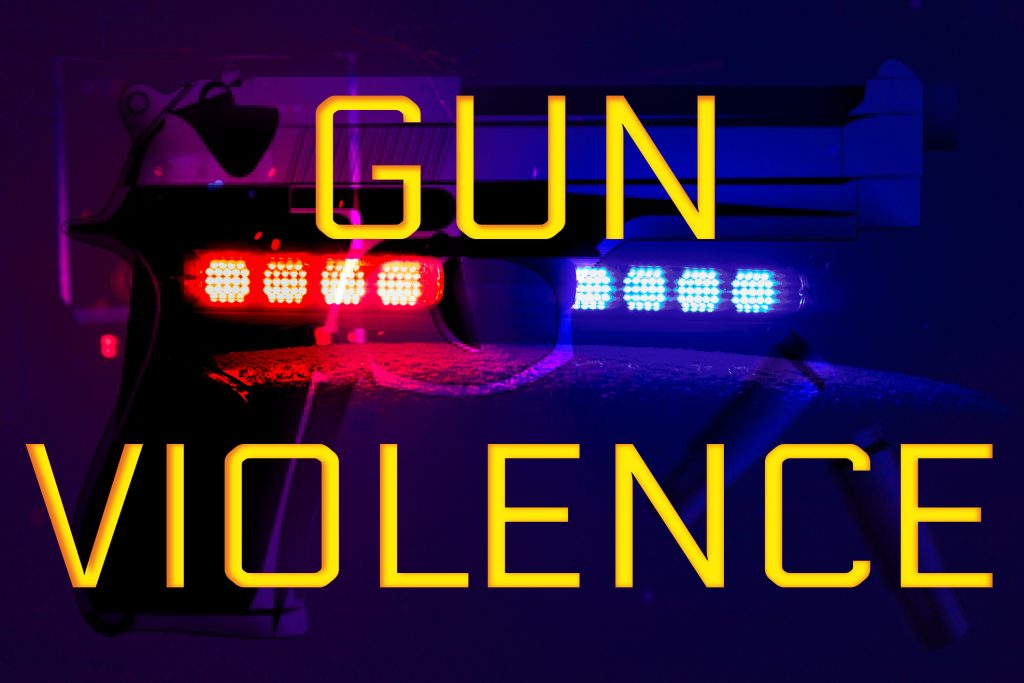 Teen pointed gun at officers, refused to comply with at least 70 requests to drop the firearm, then was shot 14 times in front of family.

DES MOINES – The Iowa Attorney General’s Office has completed its review of the fatal shooting of a 16-year-old male, T.J., by three Iowa police officers that occurred on December 26, 2022.

In a report, the office concluded that the officers “acted with legal justification” and that “no criminal charges are warranted.”

The report is issued under the Attorney General’s independent authority under Iowa Code section 13.12 to investigate or prosecute conduct of law enforcement that results in death.

“Every day, Iowa law enforcement officers put themselves in harm’s way to keep us safe, not always knowing what will happen next,” said Iowa Attorney General Brenna Bird. “In this particular case, four Des Moines police officers entered the scene knowing a perpetrator was armed. After refusing to comply with the officers’ requests to put the weapon down, they were forced to act, protecting themselves and those around them.”

The Attorney General’s conclusion was based on a review and investigation by the Iowa Division of Criminal Investigation, including body camera videos by all the officers involved in the shooting. The report finds that on December 26, Des Moines police officers responded to a 911 call around 12:30 AM from T.J.’s stepfather, who reported that T.J. was armed and had “pulled” a gun on him. Four officers quickly arrived on the scene wearing body cameras and found T.J. in his grandmother’s apartment. Both T.J.’s grandmother and friend were also present in the residence.

From the moment the officers entered the residence, it was visible on the officers’ body cameras that T.J. was armed with a handgun and pointing it in their direction. After nearly five minutes of negotiations and over 70 pleas by the officers, T.J.’s grandmother, and T.J.’s friend for him to put his handgun down, he raised it at the officers and was shot a total of 14 times by the police on-site.

Information in the report provides a narrative of the incident:

T.J. had been court ordered to the Woodward Academy by a Polk County judge. Prior to December 26, 2022, T.J. left the facility without authorization and made his way back to his residence in Des Moines on McKinley Avenue.

Shortly after the 911 call was placed Des Moines Police Offic- ers Noah Bollinger and Thomas Garcia were dispatched to the McKinley residence. The body worn cameras of both Bollinger and Garcia were activated prior to arriving at 400 East McKinley and remained activated after their arrival. Bollinger and Garcia re- sponded together in the same squad car. After their arrival, Bol- linger made contact with persons at the residential complex even- tually making contact with T.J.’s stepfather and his wife who is T.J.’s mother. Both indicated that T.J. was not present at their res- idence at the time the officers contacted them. Garcia, who was in close proximity to Bollinger, observed T.J. just inside the north-facing door to Apartment 5B along with another person. This residence was occupied by T.J.’s grandmother. Officers entered the residence with Garcia in the lead followed closely by Bollinger. As the officers entered a young man is briefly visible to the right of the officers. This man did not obstruct the officers and was later learned to be a friend or acquaintance of T.J. Body worn cameras were activated when officers entered the residence. When the officers entered T.J. can be observed with a handgun in his right hand. T.J.’s grand- mother was seated on a couch just inside the living room.

Also responding to the 911 call were Officers Zachary Duitscher and Nicholas Howard. Both officers arrived in separate vehicles and entered apartment 5B through the rear entrance. The body worn cameras of Duitscher and Howard were activated prior to arriving at 400 East McKinley and remained activated after their arrival. In order to gain entry, Officer Duitscher had to break the glass of the rear entrance sliding door. The officers were required to enter the residence by force due to a “jam” restricting the opening of the door. When Duitscher and Howard entered the residence T.J. moved to his right and farther into the living room away from the rear door. At the moment Duitscher entered the residence it is ob- served on Duitscher’s body worn camera that T.J. was pointing a firearm in Duitscher’s direction. Howard moved into the residence and took a position to Duitscher’s immediate right.

Body worn cameras from all four officers captured each of their movements, actions, location, and persons engaged while at 400 East McKinley. All body worn cameras appeared to be in proper working order. It does not appear that any footage is missing or that the cameras were shut off during any relevant times from the mo- ment officers arrived at 400 East McKinley until they were com- pletely disengaged from the residence.

After Duitscher and Howard made entry into the residence four officers and T.J. were within three to four feet of each other. All officers sidearms were drawn and pointed at T.J. while they were in the residence. T.J. had a pistol in his hand and at various times during the confrontation it was pointed in different direc- tions. All officers pleaded with T.J. to drop the firearm. T.J.’s grand- mother and friend also pleaded with T.J. to drop the firearm. In the few minutes prior to the shooting T.J. was requested on more than 70 occasions to drop the firearm and end the situation peacefully. T.J. never complied.

Bollinger and Garcia were to the front and right side of T.J. Both officers appeared to have some cover by their position to T.J. and the staircase railing that was partially between them and T.J. Howard was the farthest to T.J.’s left. Duitscher was in front of T.J. and slightly to T.J.’s left. Neither Duitscher nor Howard had any physical cover. Duitscher appeared to be the officer physically clos- est to T.J.

At all times while officers were engaging T.J. in the residence, he was armed with a pistol which he was observed to be holding in his right hand. T.J. was also observed to have in his possession a cell phone which he was actively using while he was engaged with officers. T.J. appeared calm despite the fact four officers; his grand- mother and friend were pleading with him to drop the gun.

The entire interaction with T.J. prior to the first shot that was fired lasted approximately four minutes and 20 seconds. During that time T.J. can be heard telling officers that he wanted them to turn off their flashlights. T.J. made a statement where he appeared to recognize Officer Bollinger. Officer Bollinger was acquainted with T.J. from a previous cordial encounter. During the interaction, T.J. made a statement that his brother just died. He made a state- ment that he would keep “the gun” and in the same sentence asked the officers to turn off their lights. T.J. can be heard stating that “I want to be with my brother” and “I am going to die”.1 Officers re- sponded to all of these statements by asking T.J. to drop the gun and informed him in various ways that they did not want to hurt him.

1 Law enforcement confirmed later that T.J.’s sibling was killed in Arizona approximately two months prior to December 26, 2022. It is believed that is the person T.J. was referencing in his state- ment concerning his brother.

After officers entered the residence and before the first shot was fired, T.J. raised the gun above his waist on three occasions. The first occasion was when Officer Duitscher entered through the broken glass door. The gun appeared to be pointed directly at the officer. In addition to raising the gun on three occasions, T.J. moved the gun several times while the barrel was still pointed down.

During the interaction with the officers, T.J. appeared to be actively engaged with his cell phone since he was observed looking at the screen on several occasions. At the time of the issuance of this statement, it is unknown to investigators what T.J. was view- ing or if he was communicating with any other person. It is im- portant to note that after the shooting of T.J. a Des Moines officer attempted to gain access to T.J.’s cell phone pursuant to a requested search warrant for Snap Chat records. The warrant request was denied by the reviewing district court judge. Later, a DCI investi- gator was granted access through a subsequent search warrant re- quest for information from the iCloud. The only way the infor- mation from the iCloud would be of any interest is if T.J. uploaded any conversation, to include Snap Chat, or other information into the iCloud. The judge authorized the warrant for the iCloud but limited the search to a 10-minute period before the 911 call was made by the stepfather.

The search warrant has not been returned. Statements T.J. made just before and at the time he engaged officers would be sig- nificant to determining T.J.’s mind set and intentions. This in turn would inform and potentially either corroborate or contradict of- ficer’s observations while they were in the residence with T.J. Alt- hough the information sought by the warrant would provide a more complete story of the incident, after a full review of all reports and video, T.J.’s phone information is not necessary in order to make a final determination.

At 12:40 a.m.2 the first shot towards T.J. was fired by Officer Duitscher. Just before the first shot was fired T.J. abruptly raised the gun towards both Duitscher and Howard. There was a clear view of this particular moment from Duitscher’s and Howard’s body worn cameras. T. J. made the comment “I am going to die” approx- imately 40 seconds before raising the gun in this manner.

A total of 14 shots were fired at T.J. Three from Duitscher, eight from Garcia and three from Bollinger. Howard did not fire. T.J. was stuck in the chest, abdomen and head. It is reasonable to believe that the shots to the head occurred as T.J. was falling to the ground. T.J. did not fire his pistol. The time stamps on all body worn cameras synchronized with each other. The exact time of the first shot is 12:40 and 27 seconds

T.J.’s grandmother was interviewed by officers shortly after the incident. She was understandably shocked and upset since she observed her grandson get shot and killed. However, there is noth- ing in her interview that contradicts the officers or is inconsistent with any evidence or other statement taken during the investigation.

Also interviewed was a person in the residence at the time of the shooting who gave a name believed to be false. This person was a friend of T.J. He was the person who can be observed on Bol- linger’s body worn camera just behind the front door when Garcia and Bollinger first entered the residence. He is also the same person that can be heard on the body worn camera footage pleading with T.J. to drop the gun. After the shooting he was uncooperative with law enforcement. He claimed to have no memory of the circum- stances despite being in the same room where the shooting oc- curred.

An autopsy of T.J. was conducted by the Iowa State Medical Examiner’s Office in Ankeny. The autopsy determined that T.J. was shot multiple times. There were no findings from autopsy that would contradict the footage captured by the body worn cameras of the officers, the officer’s statements, or bystander’s accounts.