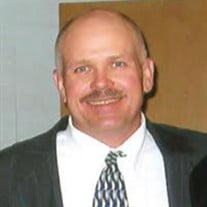 Gary was born August 16, 1962 to Sherrell and William Pangburn in Mason City, Iowa. Gary moved to Des Moines at the age of two with his family. He lived in Des Moines until seventh grade and then moved to Northwood with his sister Susie to live with his aunt and uncle, Buck and Beverly Pangburn, and their son Don on the family farm.

Gary was involved with 4H and FFA showing cattle. He also worked on the family farm. He excelled at sports and was involved in football and wrestling.

Gary was united in marriage to Cindy Nerad on October 14, 1989. To this marriage a son was born, Riley. He joined a sister, Jenna, at home. Riley was the joy of Gary’s life. He was divorced in 2005.

Prior to his battle with drug addiction Gary was a gifted mechanic and loved getting cars ready for a demo derby. He was an avid pitcher in numerous softball leagues for many years. All who knew him, knew of his competitive nature. Gary was an excellent motocross rider and qualified for Amateur Nationals in Hurricane Mills Tennessee twice. The races were held on Loretta Lynn’s ranch and he had the opportunity to meet her and her husband. Gary had a passion for skiing and snowmobiling. His favorites places to do so were Dubois Wyoming and Steamboat Springs Colorado.

Gary worked as a welder for many years. When he was unable to do so he worked at Diamond Jo Casino and enjoyed meeting new people.
When family came to visit, he enjoyed taking everyone on golf cart rides. His dog, Shelby, loved the rides as well.

Gary was preceded in death by his parents William Pangburn and Sherrell Hagen Downing, his sisters Diane and Lori and step daughter Jenna.

A celebration of life will be held at a later date. Cards of condolence may be sent to 1205 1st Avenue South, Northwood Iowa 50459