Former Trojan Brandon Williamson one step away from major leagues 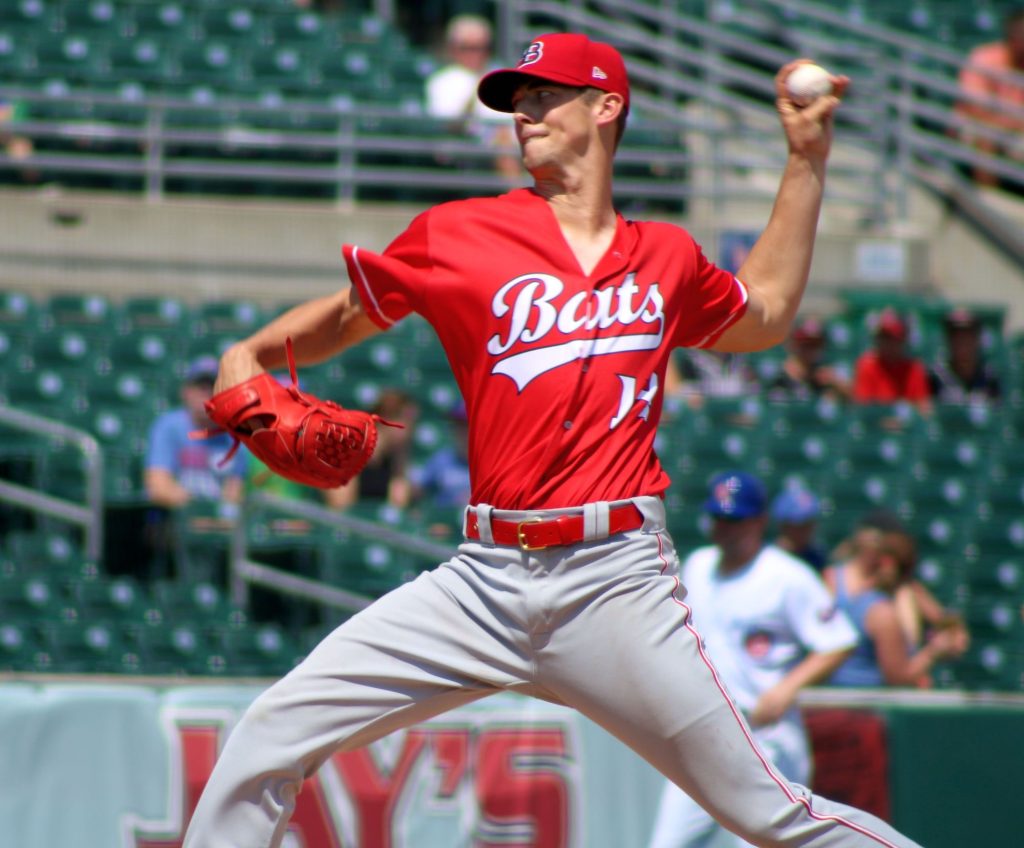 When Brandon Williamson was attending at Martin County West High School in Sherburn, Minn., he wasn’t on the radar of any professional scouts.

He was barely getting noticed by any collegiate coaches.

Oh, how things have changed since the spring of 2016.

The former NIACC left-handed pitcher, who had no college scholarship offers out of high school, is now one step away from the taking the mound in the major leagues for the Cincinnati Reds.
“If you’re here, you have a chance,” Cincinnati Reds’ co-minor league pitching coordinator Casey Weathers said last week of the 6-foot-6, 210-pound southpaw. “Obviously, he was a big piece of the trade in spring training for us with the (Jesse) Winker deal.

“It’s nice to get a guy that we traded for and saw value in do a really nice job this year.”

In March of this year, Williamson, who was a second round pick by the Seattle Mariners in 2019, was traded to the Reds’ organization along with outfielder Jake Fraley for Winker, an outfielder, and third baseman Eugenio Suarez.

Williamson, who started the 2022 season with the Reds’ Double A affiliate the Chattanooga Lookouts, was called up to the Triple A Louisville Bats in July.

“He’s up here for a reason,” Weathers said. “He’s starting to realize that.

“He’s gaining confidence from that. It’s been a better attack mentality and more aggressive with his stuff. It’s been fun to watch and hopefully he keeps this momentum going.”

The story of the 24-year old Williamson has been a fun one to watch since he arrived on the NIACC campus in the fall of 2016.

When Williamson graduated from high school in 2016, Century College, a NJCAA Division III school in White Bear Lake, Minn., had shown some interest.

That was until NIACC and then head coach Travis Hergert offered Williamson a chance to walk on.

“I went to NIACC with no scholarship,” Williamson recalled. “It was just kind of a chance piece. I owe Travis Hergert a lot.

“He saw something that could possibly happen and is happening now. It allowed me to work hard and to grow and to be with the right people to help me get me where I am now.”

Hergert, who is now the Philadelphia Phillies minor league pitching coordinator, first saw Williamson pitch at a town ball game in the summer after he graduated from high school.

“He wasn’t a big velo guy, but he threw strikes,” Hergert said. “He was left-handed, he was 6-6 and showed some athleticism.

“We convinced him to come as a non-scholarship guy and eventually he worked himself into a scholarship. There were some physical things he needed to work on and learning pitching. He didn’t do the travel ball circuit and he wasn’t a big showcase guy. He was pretty raw and not a ton of mileage on his arm.

“But he could pitch. He just needed some strength and needed to learn how his body functioned and what worked best for him. Once he figured those things out then it became about the mental side of the game and preparation and he picked that up pretty well.”

While at NIACC where he pitched in the 2017 and 2018 seasons, Williamson gained 40 pounds and saw the velocity on his fastball go from the mid-80s to the mid-90s.He won 12 games in his two seasons at NIACC and is the school’s career strikeout leader with 151.

“We did a ton of Driveline stuff,” Williamson said. “I had never been truly devoted to just baseball so once we had time to teach me proper ways to do things. It just kind of all snowballed together. I don’t give one thing more credit than the other. Everything just all came together.”

Early in his sophomore year, Williamson was throwing a bullpen when the Trojans were playing at MCC-Maple Woods, a junior college in Kansas City, Mo.

“I hit 96 for the first time and Travis tweeted out a video of it,” Williamson said. “That video kind of changed everything.”

As a sophomore at NIACC, Williamson initially committed to Michigan State University before finally signing with Texas Christian University.

“I committed to Michigan State but then their pitching coach left so I decommitted,” Williamson said. “That spring (of 2018) was the first time I hit mid-90s and that’s when pro scouts started showing interest.”

Williamson was a 36th round pick by the Milwaukee Brewers in the 2018 MLB Draft, but chose to attend TCU.

Williamson said he never felt any pressure when coaches from NCAA power five schools and professional scouts had their radar guns on him every time he threw.

“It was cool,” he said. “I really wasn’t expecting that. There was no pressure because I wasn’t supposed to be doing that anyway. It was an honor.”

With Williamson being one step away from being on a major league roster, he’s well aware that the Reds’ organization is paying attention to what he does on the mound each time out.

Williamson said he tries to tune that out and focuses on what can control.

“Hopefully, stay healthy, first off,” Williamson said of his goals for the rest of the 2022 campaign. “There’s a lot of things that I don’t get to choose. I just need to go out each start and hopefully go deep into games.”

Weathers, a pitcher was the eighth overall pick by the Colorado Rockies in the 2007 MLB Draft, said Williamson just needs to continue being himself and the rest will take care of itself.
“That’s my goal for everybody,” Weathers said. “You need to be the best version of yourself.

“He doesn’t need to be anybody different. We’re just trying to open him up to that so he can be his best self all the time.”

Hergert said it’s just a matter of time before Williamson gets the call up to the big leagues.

“When he came to us in 2016 to where he is now is a pretty incredible story and doesn’t happen very often,” Hergert said, “but he got there due to his commitment and hard work and obviously a ton of support from his family and from the NIACC family, as well.

“We’re extremely proud of him. His day is going to come here pretty soon where you will see him on a big league mound.”