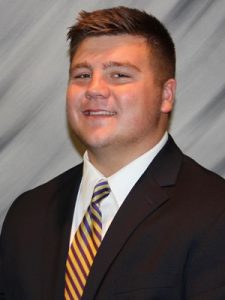 CEDAR FALLS – For the second time in his career, UNI football’s Jared Brinkman was named the Missouri Valley Football Conference Defensive Player of the Year.

Brinkman, a defensive lineman, earned the same honor in 2019. Brinkman has notched five solo sacks and assisted on two. He has 13 tackles for a loss of 47 yards.

He has 67 tackles on the year and recorded a season-high in a single game with 14 against South Dakota on Oct. 16. Brinkman has forced a fumble and recovered a fumble.

This is the ninth time a Panther has earned the distinction under head coach Mark Farley.


Brinkman is a senior majoring in physical education. He is a graduate of Regina High School in Iowa City, Iowa. He is the son of Mike and Carla Brinkman.