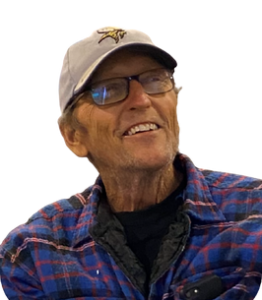 Bill graduated from Sentral High School in Fenton in 1973. He married Jarri Gustafson in Ringsted on October 24, 1987.

He worked as a carpenter for 42 years. In his free time, Bill enjoyed, painting, gardening, fishing, and cooking. He was also an avid Vikings fan.

He is preceded in death by his parents, grandparents, aunts and uncles.