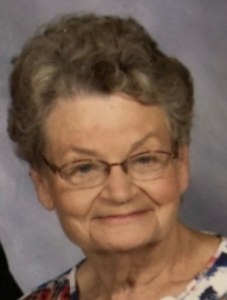 Mary Frances Pieper, age 89, passed away November 12, 2021, at Scenic Manor in Iowa Falls, Iowa. She was born on May 20, 1932 to Howard and Frances (Worley) Lantz in Iowa City, Iowa. Mary graduated from Saint Patrick’s High School in Iowa City in 1950. She then attended the State University of Iowa where she earned a BSN in nursing. Following her graduation from Iowa she was united in marriage to Samuel Osborne. To this union five children were born. The couple later divorced. Mary was united in marriage in 1991 to Edward J. Pieper at Saint Mark Church in Iowa Falls, Iowa

Visitation will be held at Saint Mark Catholic Church in Iowa Falls, Iowa on Friday, November 19 beginning at 10: 00 am. A funeral mass will then begin at 11:00 am. Inurnment will follow at Saint Mark Cemetery.

A woman of faith, Mary was a longtime member of Saint Mark Church where she served others in the parish and was an advocate for social justice. She dedicated over forty years of her life to the healthcare profession in a wide range of capacities. After moving to Iowa Falls, she was employed at Ellsworth Municipal Hospital. She then was the director of Hardin County Public Health for several years. After earning a Master’s Degree from the University of Northern Iowa she shared her vast professional experience as a nursing instructor at Ellsworth Community College. Retirement was followed by travel, continued learning, community service and time spent with family and friends. She will be remembered as a role model of a life well lived.

In lieu of flowers, memorial donations may be directed to Saint Mark Catholic Church or the Mary Pieper Scholarship Endowment in care of Ellsworth College Foundation.