This news story was published on July 5, 2021.
Advertise on NIT • Subscribe to NIT

WAVERLY – A wanted Minnesota man and a woman allegedly tried to deal meth in Waverly but cops thwarted their business.

On June 28, 2021, the Waverly Police Department conducted a traffic stop on a vehicle for a traffic violation. The driver, later identified as 40-year-old Jacob Storlein of New Hope, Minnesota, could not produce a valid license so a records check was conducted. Storlein was determined to have a revoked license out of Minnesota and also a warrant out of Wisconsin. 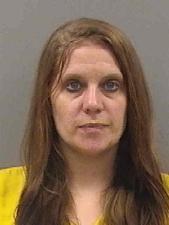