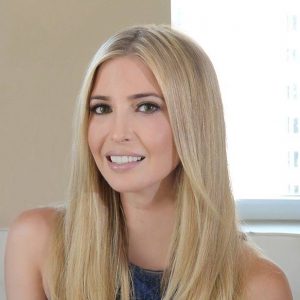 WASHINGTON, D.C. – The District of Columbia is suing Trump entities for “grossly overpaying” for renting Trump hotel space for the 2016 inauguration and Ivanka Trump is the prominent name in the lawsuit.

Defendant the 58th Presidential Inaugural Committee (the “PIC”) is a nonprofit corporation organized exclusively for and bound by a public purpose: “to further the common good and general welfare of the citizens of the United States of America by supporting the activities surrounding the 2017 Presidential inauguration.” The PIC abandoned this purpose and violated District law when it wasted approximately $1 million of charitable funds in overpayment for the use of event space at the Trump Hotel, owned and controlled by the Trump Entities.

A nonprofit abandons its public purpose when it allows any portion of its funds to be spent in ways that are designed to benefit private persons or companies. This well-established nonprofit principle, the prohibition on private inurement, was specifically included in the PIC’s articles of incorporation. District law required that the PIC honor this prohibition against waste and private inurement for any business activities that the PIC carried out in the District of Columbia, which included the contract negotiated with the Trump Entities for use of event space at the Trump Hotel that is the subject of this case. Through a series of improper actions, the PIC allowed its funds to inure to the private benefit of the Trump Entities, and the PIC continues to fail to recover those misspent funds.

Rick Gates, a PIC executive, agreed with the Trump Hotel’s Managing Director and members of the Trump family to pay the Trump Entities $175,000 per day for the PIC to reserve event space for 4 days from January 17-20, 2017. With associated food and other charges, the PIC would end up paying almost $1.03 million for this event space. These charges were unreasonable and improperly served to enrich the Trump Entities and its owners for a number of different reasons:

a. The PIC’s own event planner advised against the transaction and told the PIC and the Trump family that the charges were at least twice the market rate.
b. The event space, by industry practice and standard, should have been provided at no
charge because the PIC arranged for a sizable block of the Trump Hotel’s rooms to be
booked during inauguration week.
c. The PIC paid for event space on days when it did not hold official events and when
other organizations were actually using the same space.
d. Another nonprofit corporation using the same space during inauguration week paid
only $5,000 for the space, an amount within the Trump Hotel’s pricing guidelines,
while the PIC was charged amounts well in excess of those pricing guidelines.
e. The amounts the PIC paid the Trump Hotel included charges for an event on the
evening of the Inauguration that was a private event benefiting only the children of the President.
f. The PIC failed to consider obtaining rental space at other venues, which would have
provided the event space for free or at a lower price.

The Trump Entities, for-profit companies that conduct business with an aim toward maximizing revenue, were aware at their highest levels of the PIC’s nonprofit status. Nonetheless they entered into this private inurement transaction with the PIC, charging the nonprofit rates not only above market for the use of event space, but also well above the Trump Hotel’s own pricing guidelines. The Trump Entities even insisted the PIC pay these exorbitant rates in full when the Hotel could not provide the full event space on at least one day. In doing so, the Trump Entities contributed to waste and unconscionably benefited from nonprofit funds required to be used for the public good.

The lawsuit remains in court to this day.