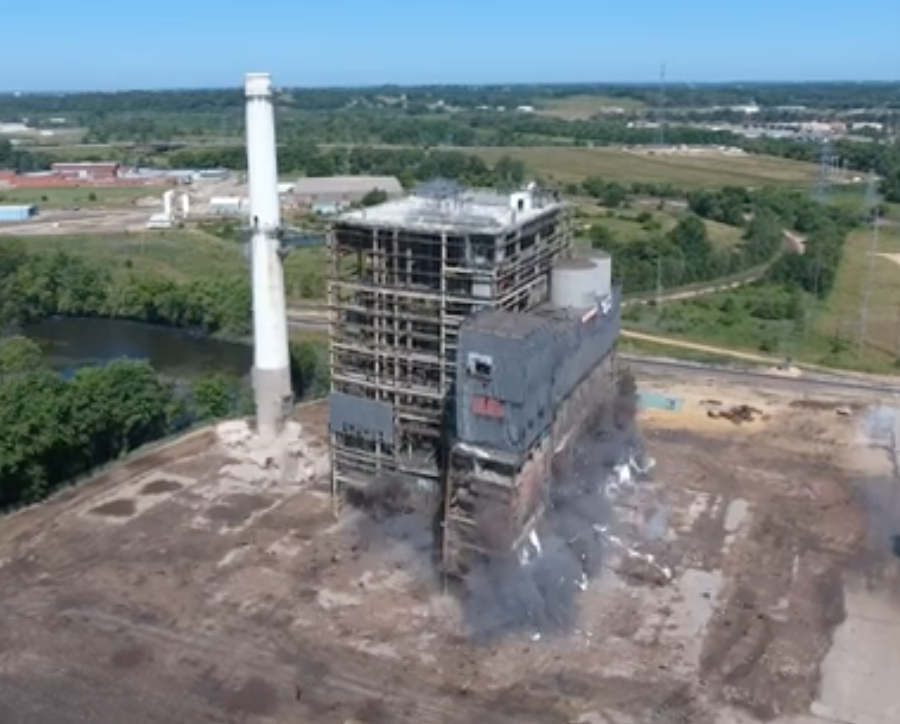 Image of implosion via Alliant Energy

CLINTON, IOWA – Alliant Energy completed the implosion of the M.L. Kapp Generating Station today. An implosion provides a safer and more cost-effective way to clear the property. More than 99% of the materials from the remaining structures will either be reused on site or recycled.

The 165-megawatt coal-fired generating station was put into service in 1947. It was converted to natural gas in 2015. The company decided to close the facility after two reviews indicated the move was in the best financial interests of our customers. Its final day of operation was June 1, 2018.

“Our employees did a tremendous job maintaining and operating M.L. Kapp Generating Station for decades on behalf of our customers. As we move to a cleaner energy future, we’re using new technology to produce electricity in more cost-effective ways,” said Terry Kouba, President of Alliant Energy’s Iowa energy company.

The company’s move toward cleaner energy, as Kouba mentions, focuses on a diverse generation mix. This includes the Marshalltown Generating Station, a 706-megawatt natural gas-fired facility, which is one of the most efficient natural gas power plants in the nation. It complements the company’s wind and solar investments, which can power nearly 600,000 Iowa homes annually.