Editorial: Remodel of city hall a perfect example of waste 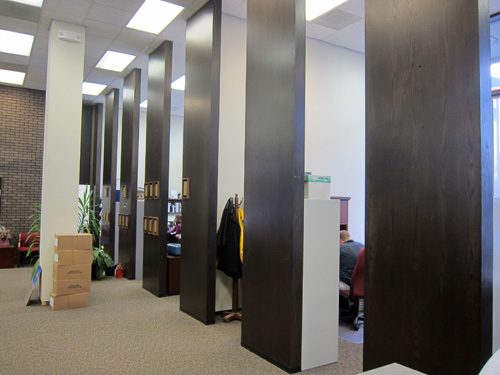 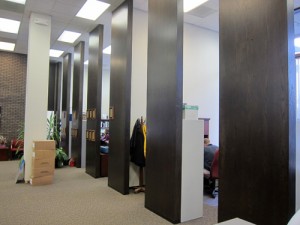 I’ll be blunt here, people seem to like that.

The remodel of city hall is a joke and the idea needs to be abandoned immediately.

I will tell you why.  The city budget is tight and there is little or nothing in there for road paving, a basic necessity the city is obligated to provide, and city hall is set to raise taxes and water rates this year and for years to come.  The budget will not improve; the state government will be rolling back commercial property tax rates and that will hit Mason City hard.

Now this latest boondoggle has been dreamt up, $76,500 and maybe more with cost overruns to move people around at city hall.

There is absolutely nothing “lean” about this remodel.  I sometimes think our city hall leaders have way too much time on their hands and have way too much fun thinking of ways to waste money making themselves look important.  New walls will not make you more effective in serving the citizens; if they do, you were doing something wrong in the first place.

One of the main components of the remodel would be a room just for the city council to use.  Well I can solve that problem for the cost of a plastic name plate.  Take the mayor’s name off the door to his office and open it up for the council and mayor’s use.  This is a pretty good size office with a locking door; it has only a desk with a computer on it and a round table for people to sit at and chat.  It is easily accessible to the public.  A part-time mayor who can’t vote is no more important than a city council member; the mayor does not need his/her own office.  Or, put the human resources person in that office; put the space to use.  The council has made it clear they will not use this new office anyway; Jean Marinos campaigned on the premise of letting staff handle everything (see her debates with Max Weaver), and Travis Hickey says he “could care less” if he got an office (see video).

I have also been told that staff at city hall are uncomfortable due to the extreme heat and cold throughout the building; why not start addressing that need?  $76,5oo may not solve the problem altogether, but it is a start towards a fund that could do a more thorough remodel later.

If you have to move people around for efficiency, then do it.  Make do with what you have, tighten your belt, get creative, the rest of us do.   You are setting a bad example with this wasteful project.  The money would also be better spent on the water fund, which City Finance Director Kevin Jacobson said is in trouble.  He informed you that you can spend the money there (see video).  It is a few drops in the bucket but you have to start somewhere.

John Lee and Alex Kuhn had the sense to question this project on January 31st; Travis Hickey has learned the dollars can be spent elsewhere; Scott Tornquist admitted the recession is still lingering in Mason City; let’s see if they will stop the waste and move these dollars where they can better serve the taxpayers.