This news story was published on February 10, 2020.
Advertise on NIT • Subscribe to NIT 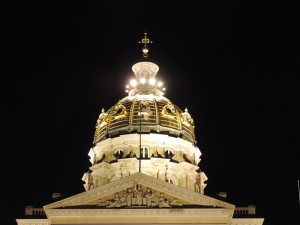 DES MOINES – A proposed bill in the Iowa Legislature would seek to curb the onslaught of fake reports to DHS of child abuse.

The purpose of this proposed change is to show connections to false allegations to the Iowa DHS Child Protective Services division in high conflict custodial divisions in order to hold those accountable of false reporting under Iowa Code 232.75(3) that we are currently unable to do with the anonymous call-in reporting system.

Currently, high conflict divorces frequently result in false reports made to DHS by or on behalf of one of the parties. Whether founded or unfounded, these reports often affect the accused party negatively in custody battles while the accuser benefits. DHS takes approximately 37-thousand calls a year about child abuse. Of that 37-thousand, about one-third of the reports are rejected right away because they don’t meet the agency’s criteria. On the other 25-thousand, when they send out an investigator, two-thirds turn out unfounded. This usually is the result of someone with a personal grudge trying to cause a problem.

“It is important to protect individuals reporting child abuse when they have a good faith belief that abuse has occurred. However, intentional false reports put children at risk by diverting resources that should be dedicated to protecting children who are truly at risk,” said Jerry Foxhoven, a Nationally recognized child advocate and former Director of Iowa DHS.

The introduction of Senate File 2148 and reintroduction of House File 373 would seek to recommend a legislative study into Child Protective Services call-in reporting line. It would also recommend change to the Iowa Child Protective Services in-call reporting line from anonymous to confidential by adopting similar verbiage to Connecticut’s call-in reporting script. This verbiage is found below:

The primary mission at DHS is to protect children, improve child and family well-being and support and preserve families.

You are protected by law from any liability from making a report in good faith, but please be aware, it is against the law to intentionally make a false report of child abuse or neglect. If you suspect that a child is being abused, neglected, or in danger of abuse, please stay on the line and your call will be answered by the next available social worker and please remember that all calls will be recorded. Thank you and have a good day.