This news story was published on November 13, 2018.
Advertise on NIT • Subscribe to NIT

BUCHANAN COUNTY, IOWA – Iowa farm boy Chris Soules, who starred in “The Bachelor” and “Dancing with the Stars”, has struck a plea deal for his involvement in a fatal auto crash that took a farmer’s life and led to felony charges.

Reports show that Soules agreed to a guilty plea today in Buchanan County to leaving the scene of a personal injury accident. This is a step down from the charge of Leaving the Scene of a Fatality Motor Vehicle Accident (class D felony) which he faced before. His new crime is an aggravated misdemeanor.

Sentencing is now scheduled for January of 2019.

Leading up to this plea deal, on Monday, April 24, 2017 at approximately 8:20 PM, the Buchanan County Sheriff’s Office received a 911 report of a motor vehicle accident with injuries in the 1000 blk of Slater Avenue (W45) north of Aurora. According to the investigation, a 2008 Chevrolet Silverado operated by Christopher Douglas Soules, age 35 of Arlington, Iowa, was southbound on Slater Avenue when he struck the rear of a southbound John Deere 2640 tractor operated by Kenneth Eugene Mosher, age 66 of Aurora, Iowa. The collision caused the tractor to go into the east ditch. Soules’ vehicle went into the west ditch. Mosher was transported to Mercy Hospital in Oelwein where he was pronounced dead. Soules was uninjured in the accident and left the scene of the accident prior to the arrival of law enforcement. Soules was located shortly after at his residence located in the 7500 block of B Avenue near Arlington in Fayette County; he had refused to leave the home for some time before he was subsequently arrested and transported to the Buchanan County Jail. 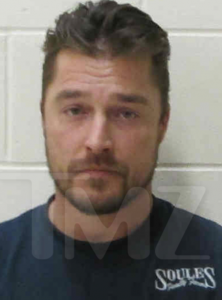