MASON CITY – A Mason City man who is listed as an instructor at Ellsworth Community College has been arrested in connection with the beating of another Mason City man.

Hodak is accused of assaulting 52 year-old Mike Harrer on the evening of September 17th, 2011 at Spike’s Bar, 18 7th Street SE.

Witnesses contacted NIT over the weekend regarding the assault of Harrer.  One man said that Harrer “was beaten nearly to death.  He had seven broken ribs and two broken eye sockets.”

Lashbrook could not comment on other pending elements of the case, nor could he comment on why the arrest took seven months after the alleged incident took place.  The investigation is on-going.

Cerro Gordo County Attorney Carlyle Dalen could not comment on the case.   His office has referred the case to the Iowa Attorney General’s Office due to a conflict of interest.

Hodak is being represented by Mason City Attorney Tim LaPointe.

More on this story as details are released and confirmed. 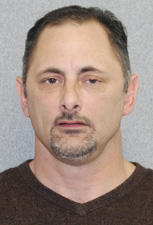