A driver in the vicinity of South Pierce Avenue and 240th Street in Mason City called in a natural gas odor around 6:15 am Tuesday morning.  The Cerro Gordo Sheriff’s Office and theMason City  Fire Department were at the scene looking for the source of the smell.

It was reported about 7:00 am that they had not found anything yet, but they would continue investigating.  The trains would not start running again until they found the reason for the odor.

The odor had drifted down 19th St. and could be smelled as far as S. Benjamin Ave.

No more information was available. 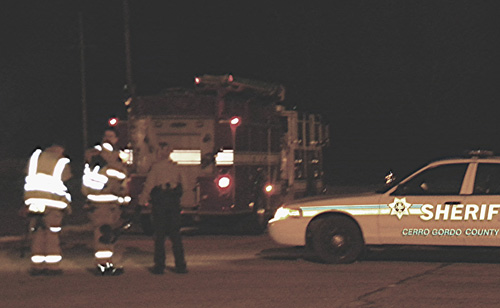