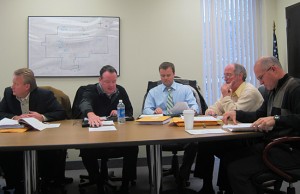 The Mason City Zoning Board of Adjustment (ZBA) will be meeting Tuesday at 4pm to consider new information they have received from the Cerro Gordo County Department of Public Health regarding a waste to energy plant proposed for Mason City’s south side.

Creative Energy Systems (CES), a company from Colorado, has applied for a conditional use permit in order to build a plant on 243rd Street that would operate 24 hours a day, 7 days a week, and utilize about 250 tons of trash each day to create electricity that they would sell to Alliant Energy.

They chose to location on 43rd Street, just east of the Golden Grain plant, due to its proximity to an Alliant Energy substation.

CES needs the conditional use permit in order to build because nowhere in Mason City’s zoning districts is their type of plant allowed.

A contingent of North Iowa citizens is strongly opposed to the project due to the unknown health consequences the plant could pose.