Florida teen guns down 17 at school after promises of violence

This news story was published on February 15, 2018.
Advertise on NIT • Subscribe to NIT 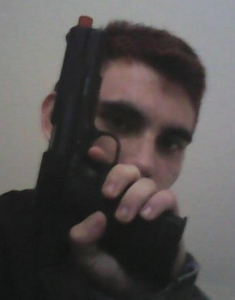 Cruz posing with one of his weapons
(Instagram photo)

PARKLAND, FLORIDA – A 19-year-old Florida man who had reportedly been expelled from a high school went back there with his AR-15 rifle and killed 17 people Wednesday.

In what is said to be the 18th school shooting this year in the United States, Nicholas Cruz went to Stoneman Douglas High School in Parkland, Florida and attacked with an AR-15 rifle before he was later caught and jailed.

The Broward Sheriff’s Office deputies responded to the active shooter situation that afternoon. Responding deputies were met with hundreds of students fleeing the school. Investigators later learned that the shooter had concealed himself in the crowd and was among those running out of the school.

After watching school security video, investigators were able to identify the shooter as Nikolas Cruz, 19. Cruz had attended and was expelled from the school the previous year.

Cruz was taken into custody by Coconut Creek PD in a nearby neighborhood in Coral Springs. Cruz exhibited labored breathing. He was transported to a local hospital as a precaution for medical clearance.

Fifteen victims died at the school. BSO investigators are working with Broward County Schools staff to identify all of the victims.

Students were bused from Stoneman Douglas High School to a nearby hotel to be reunited with their families.

School Superintendent Robert Runcie later said, “Today we experiencing the worst of humanity as an unspeakable tragedy has hit our @browardschools family at Marjory Stoneman Douglas HS. There has been a shooting on campus with injuries and fatalities. We are working with law enforcement as we pray for our babies and families.”

President Donald Trump weighed in on the tragedy, saying, “So many signs that the Florida shooter was mentally disturbed, even expelled from school for bad and erratic behavior. Neighbors and classmates knew he was a big problem.” 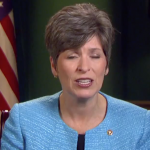 National media immediately began to link the NRA (National Rifle Association) to the root of the cause of this mass shooting and others.  Reportedly, many U.S. Senators take millions of dollars in donations from the NRA, including Florida Senator Marco Rubio and Iowa Senator Joni Ernst, who each have collected over $3 million.

TMZ reported that Cruz had in recent months made a social media post saying things like, “I wish to kill as many as I can” and “I am going to kill them in the future.”

The Broward school district reported that “Grief counselors are available for all of our students, families and staff.” Marjory Stoneman Douglas High School will be closed Thursday, February 15 and Friday, February 16, 2018, (for the rest of this week). All school activities are also cancelled.

A Sunset vigil is planned for later Thursday evening.

Iowa Governor Kim Reynolds ordered all state flags in Iowa to be lowered to half-staff effective immediately until sunset on Monday, February 19, 2018, to honor the murdered and injured in Wednesday’s tragedy at Marjory Stoneman Douglas High School in Parkland, Florida. The governor’s order is issued in conjunction with President Donald Trump’s order to lower all United States flags to half-staff for the same length of time.

The FBI is accepting tips from the public on the incident, here.

Florida Attorney General Pam Bondi warned those who try to defraud people with Parkland GoFundMe accounts will be prosecuted. The Broward County sheriff’s office said “the official page where you can help victims and their families” is here: https://www.gofundme.com/stonemandouglasvictimsfund 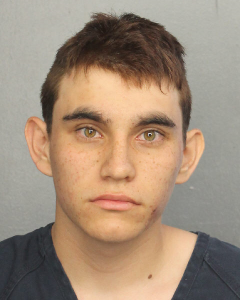 Mass shootings are getting deadlier. And the latest ones all have something new in common: The AR-15 https://t.co/Ov6BVchmeQ pic.twitter.com/RwhWNvjRTk

So many signs that the Florida shooter was mentally disturbed, even expelled from school for bad and erratic behavior. Neighbors and classmates knew he was a big problem. Must always report such instances to authorities, again and again!

The entire football community is grieving the loss of Coach Aaron Feis and all those who tragically lost their lives yesterday. https://t.co/geIMyMQ3Ld