This news story was published on October 14, 2018.
Advertise on NIT • Subscribe to NIT 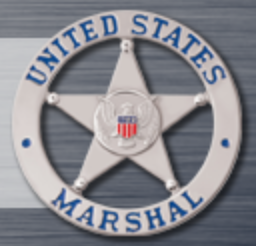 WASHINGTON – President Donald Trump nominated Iowan Douglas J. Strike to serve as the United States Marshal for the Northern District of Iowa after a joint recommendation from Senators Joni Ernst and Chuck Grassley of Iowa.

“Mr. Strike has served and led diligently within the law enforcement community for over 30 years. I have no doubt that he will bring these skills and Midwestern values to this federal office. We are grateful to President Trump for nominating such a highly qualified Iowan,” said Senator Ernst.

“Mr. Strike has served Iowa as a law enforcement officer for more than 34 years, most recently as the Chief of Police for the Iowa Falls Police Department. He has shown great leadership as the President of the Iowa Sheriffs and Deputies Association and as a former board member of the Iowa Chiefs of Police and Peace Officers Association,” Grassley said. “Mr. Strike’s exemplary record will continue to serve the people of Iowa well in this new role. I thank President Trump for carefully considering our recommendations and making such an outstanding selection.”

Strike’s biographical information provided by the White House can be found here and below.

Mr. Strike served as Chief of Police for the City of Iowa Falls Police Department from 2001 to 2006. He served with the Chickasaw County Sheriff’s Office from 1977 to 2001, first as a Deputy Sheriff, and in 1981 as Chief Deputy for a period of 20 years. Additionally, Mr. Strike served with the City of Nashua Police Department as Chief of Police from 1974 to 1977. He is a past President of the Iowa Sheriffs and Deputies Association, as well as a former board member of the Iowa Chiefs of Police and Peace Officers Association. Mr. Strike is a graduate of the FBI National Academy and holds an Associate’s Degree in Police Science from Hawkeye Institute of Technology.

One Response to Former Iowa Falls and Nashua Chief of Police Douglas J. Strike to serve as U.S. Marshal