The Top Areas to Invest in Iowa 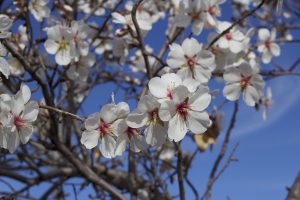 When people think of Iowa they think agriculture, and while agriculture is certainly an important part of the state’s history and continues to be a key part of its economy today, the state has a much more diversified economy than many people realize. The modern economy of Iowa is supported by manufacturing, technology, and finance sectors to name but a few. The state also boasts one of the lowest unemployment rates in the United States, which stands at a little over 3%, and has been consistently ranked highly amongst other US states in terms of GDP, unemployment, and job creation. Below are some of the top sectors of the Iowan economy for those looking for a strong investment target.

Agriculture has traditionally been the dominant sector of the Iowan economy and while it has since been surpassed by other sectors, it still remains a key part of the overall picture. The state is the leading producer of several foodstuffs, including pork and soybeans. It is also a major center for poultry and dairy production. Supplying the United States with approximately 7% of its food every year makes Iowa a fantastic place to invest in for those with experience in agricultural markets. The state is host to some of the United States’ most famous food giants, including Heinz and Tyson Foods.

Renewable energy is an increasingly important area of research, not just for the state of Iowa but for the entire world. Iowa leads the United States in ethanol production, which is often touted as a clean and efficient biofuel, as well as being one of the main producers of wind-based energy in the country. Iowa has demonstrated a great deal of initiative over the last few decades, which has helped it to build some impressive renewable energy infrastructure. Across the United States, renewable energy and related technologies are a popular target for savvy investors and it seems almost certain that they will play a key role in the continuing development of Iowa’s economy.

Iowa hosts major data centers for several tech giants, including Google, Microsoft, and IBM. The tech industry contributes almost 9% to the Iowa economy and is one of the largest providers of jobs in the state. Iowa is one of the few states to have fiber-optic internet infrastructure throughout the state, even serving the more rural areas. This impressive display of infrastructure is constantly attracting more tech and communications companies to the state and they are on course to become the biggest contributors to the economy of Iowa.

Iowa’s diversified economy offers numerous investment opportunities and while it is often overlooked as a major player in the United States economy, it provides fertile ground for savvy investors.