MASON CITY – A Sheffield woman is behind bars after she faced a felony drunk driving charge – but instead took a plea deal.

Records show 34-year-old Amy Marie Dahl of Sheffield was charged by the Cerro Gordo county sheriff’s office with felony third-offense drunk driving after an incident on September 27, 2016. She was jailed and quickly posted $5,000 surety bond to be released.

Dahl was then appointed a public defender and entered a not-guilty plea. Months later, however, she and her public defender changed their tune once a plea deal was worked out to only second-offense operating while intoxicated. She was sentenced to 365 days in jail with all but 30 suspended. The judge, Karen Salic even extended the time before she would need to report to jail for at least another month. Dahl was also stripped of her driver’s license and ordered to pay $3,294.25 in fines and courts costs. 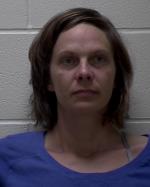