WEST UNION, IOWA – A Northern Iowa man was spotted by law enforcement allegedly inflicting and injury upon his young son at the fair, leading to the man’s arrest on multiple charges.

Tiedt was transported to the Fayette County Jail and charged with Child endangerment an Aggravated Misdemeanor and Interference with official acts causing injury, a serious misdemeanor.

The department of Human Services was contacted and they will be conducting an investigation also. 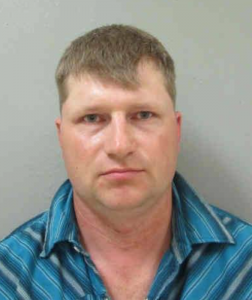