On Thursday, July 27, 2017 at 12:40 AM, the Palo Alto County Sheriff’s Office received a complaint at 5468 430th Street in reference to the homeowners at the residence finding a male subject, later identified of 42-year-old Jermeh Kretlow of Albert City, Iowa, in their home, attempting to steal money. The Sheriff’s Office was also notified that Kretlow had left the residence in a silver 2016 Toyota Camry, which was used by Kretlow to drive to the residence. Further investigation showed that Kretlow stole the Toyota Camry from a residence in Manson, Iowa on July 26th, 2017. 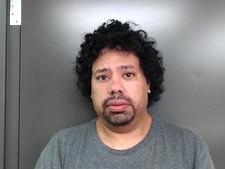