IOWA CITY – An Iowa woman who tried to flush her brand new baby down the toilet and was charged with attempted murder and child endangerment charges will plead guilty in the case in August.

Ashley Hautzenrader, now age 24 of Davenport, is charged with felony B attempted murder and aggravated misdemeanor child endangerment after she allegedly gave birth to a baby in a bathroom at the University of Iowa Hospitals in May of 2016.

According to a police report, Hautzenrader allegedly tried to flush the newborn and when that didn’t work, she stuffed the infant into a pillow case and put it in a trash can. The baby wasn’t crying, so she thought it was dead. The child survived and was found by hospital employees.

Hautzenrader is now scheduled for an August 11 plea hearing in Johnson county; the details were not immediately available.

Hautzenrader failed to use Iowa’s Safe Haven Law, which has saved at least 28 babies since it was enacted in 2002. 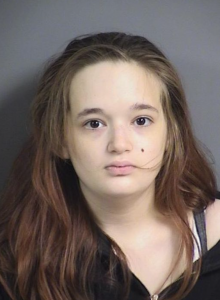