DES MOINES – A state legislator pointed to child abuse cases that Democrats feel are slipping through the cracks and demanded answers from a Government Oversight Committee at hearings this week.

The following were remarks from Iowa Senator Matt McCoy on June 5 to Oversight Committee on Department of Human Services and alleged failure to protect abused children in Iowa:

On behalf of children who have fallen through the cracks at the Iowa Department of Human Services, I am grateful that you have decided to convene a Government Oversight Committee meeting to look into the staffing, general welfare practices, internal policies at DHS.

I am also pleased that you are willing to exam elements of the Iowa homeschool options and the negative impact that they had on all three of the latest high profile cases.

The horrific deaths of Natalie Finn and Sabrina Ray, and the beatings and abuse Malayia Knapp escaped, are only the most horrific examples. I have many more cases that need review.

Last week, we learned of another case involving a brother and sister that were badly abused and mistreated. Justin and Crystal Winterthine suffered years of abuse at the hands of Mike and Laurie Winterthine. The children report living in a barn and only getting cow’s raw warm milk to drink with no other food, other than slices of bread once in a while.

When Justin finally ran away at age 18, he weighed 85 pounds. An older sibling filed a complaint with DHS about Crystal, and the family was told to not do that (type of feeding, only milk), and she was allowed to stay in the home of her abusers.

We have seen cases where babysitters dropped a child from three feet in the air into his crib and violently turned over the infant baby by his torso, legs and arms. DHS told mother Ellen Kirkpatrick that they would investigate this case and review it. They never followed up until I was able to get WHO-TV to do a story on the case. DHS opened an investigation the following day.

How many more Iowa children are living in a hellish nightmare of abuse right now?

Iowans are outraged. They can’t believe this is happening in our state, and they want it stopped.

Here are some numbers that show why the Iowa’s current system to prevent child abuse is stressed beyond its capacity:

This spring, $8 million was cut from DHS field operations in legislation passed by Republicans and signed by the Governor. That legislation resulted in an additional $8 million cut in federal matching funds to DHS field services.

According to DHS in memo released to me June 1, after review of available funds, it is estimated that field operations can afford an average of 64 fewer staff in FY18 than the level of staff employed on May 4, 2017. On May 4, field operations had 1,535 filled FTEs. The anticipated average level for FY18 is currently estimated at 1,471 FTEs.

During debate on the DHS budget, I asked Sen. Mark Costello, the floor manager, to explain how Iowa’s at-risk children would be impacted by this $16 million cut.

He had no answer. Based on what I’ve learned from talking with DHS employees and reading the DHS budget, here are a few things that WILL happen: 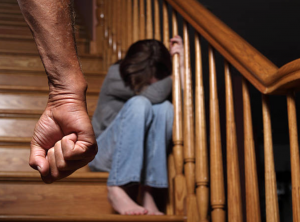 In short, the child protection system in our state is on track to becoming WORSE, not better. Children are falling through the cracks, and unfortunately, that euphemism means children are literally being killed by abuse, neglect and starvation.

The social workers struggling to deal with this crisis are also victims. This system is desperately underfunded and in need of managers who will not allow the safety of Iowa children to be compromised.

Yes, of course there should be an outside review of Iowa’s Department of Human Services, but we have seen this administration and its appointees make excuses for inexcusable results time and time again. That’s why there must also be in-depth, long-term and transparent legislative oversight as well.

I want to work with my colleagues here today—Republicans, Democrats and Independents—to do whatever we must to reform and reinvest in Iowa’s child protection systems. It is our duty to help protect Iowa’s most vulnerable children.