OELWEIN – A counterfeit money operation in which two men were making fake money was shut down by Oelwein police.

The Oelwein Police Department has made arrests in relation to an investigation that involved the illegal manufacturing and distribution of counterfeit money.

Officers also went to a residence in the 10 block of 2nd Avenue NW where they located and seized nearly $4,000 in counterfeit currency.

Oelwein Police have arrested the following persons in reference to this investigation: 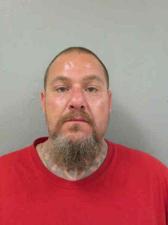 The investigation continues with further arrests and charges pending.

One Response to Counterfeit money operation shut down by Oelwein police