CORALVILLE, IOWA – A man convicted of murder died in an Iowa prison.

Court records show that Dennis Richards was convicted of second-degree murder and second-degree arson for strangling his ex-wife to death and setting her house on fire:

Around 9:45 p.m. on January 4, 2009, neighbors smelled and saw smoke coming from the one-story home of Cyd Richards in Burlington. The front door was locked, and the house was filling up quickly with smoke. Emergency personnel responded promptly. They found Cyd’s body lying faceup on the floor in one of the bedrooms. There was blood around her nose and mouth. Cyd was not breathing and she had no heart beat. Efforts to revive her on the scene were unsuccessful. She was evacuated to a local hospital and pronounced dead at 10:47 p.m. that evening. Meanwhile, firefighters battled the blaze in her house.

The medical staff who examined Cyd at the hospital found no evidence she had inhaled smoke or suffered burns. Her body was cold to the touch, and her body temperature was well below normal, indicating she had been nonresponsive for some time. A nurse noticed scratches on her neck and bruising behind her left ear. There was blood on Cyd’s t-shirt and pajama pants.

The defendant Dennis Richards had married Cyd in 2001. The couple separated a few years later and divorced in 2007. In the summer of 2008, they had reconciled and, in December 2008, decided to remarry. Richards, however, was still living in his own apartment on January 4, 2009. The apartment was located a few miles from Cyd’s house.

A police officer and a police chaplain tracked down Richards at 11:00 p.m. to inform him of his ex-wife’s death. Richards at the time was walking outside his apartment. Richards appeared to be in grief as he heard the news.

Richards told the officer and the chaplain he had gone directly to Cyd’s house after finishing his work shift at Advance Auto Parts around 7:20 p.m. that evening. Richards said he had then driven back to his house at some point to get clothes before returning to Cyd’s. According to Richards, upon his return, he and Cyd had argued, and he had left her home for good around 8:30 or 9:00 p.m. Richards said both of them had made comments to the effect they couldn’t live without each other, and both of them had talked about harming themselves. The police officer noticed that Richards had a large scrape above his left eye that appeared to be recent. A photograph of that fresh abrasion was introduced into evidence at trial. Richards told police he had hit his head on his car door.

One of Richards’ relatives soon drove Richards to the hospital. On the way there, Richards asked to take a detour past Cyd’s house. The relative noticed that Richards had fingernail scratch marks on his hands, as well as the abrasion on his forehead. Richards told her the marks on his head and hands came from working on a car. Photographs of Richards’ hands showing the recent scratch marks were also admitted into evidence at trial. Another relative spoke with Richards at the hospital and received a different explanation for the marks—namely that he had “bumped his head on a door and scratched his hands on stuff at work, on cardboard and such.”

At the hospital Richards asked a detective if the person who had been setting fires in Burlington could be the same person who set Cyd’s house on fire. At that point, no one had indicated that arson was even suspected in the burning of Cyd’s house. Also, the detective knew the person responsible for the other arsons had been arrested on December 25 and had confessed. Richards also commented at the hospital that Cyd lived in a bad neighborhood.

At 4:30 a.m., the police returned to Richards’ apartment and asked if he would come to the station for questioning. In the early stages of this recorded interview, Richards appeared to be distraught as he spoke about Cyd, but as the interview progressed, his manner became colder and more rigid.

Richards indicated that he had concerns both about the neighborhood where Cyd lived and the restaurant where she worked as a cook. He repeatedly told the officers to “check out” the restaurant. Richards mentioned there had been an incident on New Year’s Day when he had helped Cyd clean up at the restaurant and had found a substance which she immediately identified as Ecstasy. Richards said that he had seen Cyd with substantial cash in the past and that he had threatened to report Cyd to the IRS. He also mentioned Cyd might have been involved in drug transactions at the restaurant.

Richards initially told the detectives in the interview that he had suffered his forehead injury while he was getting out of his car. He denied Cyd had caused the injury. However, later in the interview, when asked if Cyd might have caused the gouge on his forehead during an argument, Richards said that he and Cyd had gotten into a discussion over the restaurant incident when he was over at her house and that Cyd had flung her arms in the air and struck him in the head. Richards continued to claim, nonetheless, that he had suffered his hand injuries from changing batteries while working that day at Advance Auto Parts.

Richards told the detectives he had simply walked out of her house calmly when Cyd flung her arms in the air and hit him in the head. However, Richards also acknowledged that during the course of his relationship with her, there were times when Cyd would flare up and he would respond by also flaring up and they would get into a physical confrontation. He admitted there had been incidents in the past where Cyd had called the sheriff on him.

Richards also indicated in the interview that he had stopped drinking five months before Cyd’s death, but had resumed drinking two days before her death. He said Cyd would get mad when she smelled alcohol on him.
At the end of the interview, Richards was asked about the clothing he had been wearing earlier in the evening. He admitted he had changed out of the black jeans, black turtle neck, and coat he had been wearing before.

The detectives asked if it would be all right if they followed Richards home and tested that clothing for blood. At that point, Richards said there might be some of Cyd’s blood on his clothing, and he made a comment that Cyd had had a bloody nose in his apartment some days before, although he added her blood would not be on the items he had worn earlier in the evening.

That afternoon a search warrant was executed at Richards’ apartment. A pair of black jeans, a black turtle neck, and a coat were found inside the washing machine. They were wet and recently laundered. Although the hamper was full of dirty laundry, only those three items had been washed. In his interview with the detectives that morning, Richards had said that when he did the wash, he washed “everything.”

An autopsy was performed on Cyd’s body the next day, January 6. The medical examiner concluded Cyd had died from asphyxiation due to strangulation. There was no evidence she had inhaled smoke or carbon monoxide. Thus, she had died before the fire occurred. There were petechiae over the surface of her larynx, and the larynx itself was fractured, consistent with her having been strangled to death. The hyoid bone was also injured, and Cyd’s face and neck had bruises and scratches. The examiner theorized that some or all of the fingernail marks on Cyd’s neck could have been self-inflicted when she tried to remove her assailant’s hands. Cyd’s nails were bloody, cracked, and damaged. She also had bruising on her hands and arms, consistent with an attempt to defend herself.

The medical examiner noticed blood under several of Cyd’s fingernails. Fingernail clippings were removed and sent to the State’s crime lab for testing. Upon testing, Richards’ DNA was discovered to be the major contributor, indicating that the blood under Cyd’s nails was his. There was also DNA from a minor contributor, but the profile was too weak to permit identification. According to the medical examiner, that individual could have been Cyd herself, if she had bits of her own skin cells under her nails, or it could have been a third party with whom Cyd had shaken hands, for example.

Another recorded interview of Richards took place on January 6. This time Richards was read and waived his Miranda rights before questioning commenced. Richards related essentially the same version of events he had given the previous day. However, he now claimed that he did not begin drinking again until after Cyd’s death. He said he had kicked drinking to win back Cyd’s love and affection. He repeatedly asserted in the interview that he did not have a temper and never lost his temper.
At the conclusion of this questioning, Richards was arrested. He was later charged on January 16, 2009, with second-degree murder and second-degree arson. 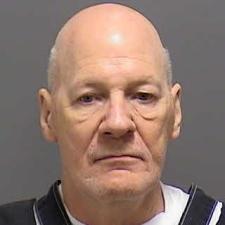 2 Responses to Cancer takes life of Iowa prisoner, convicted of murdering his wife