Globe throws in the towel on Monday newspapers 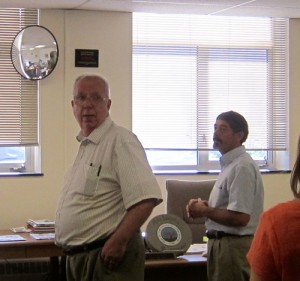 John Skipper will get an extra day off every week.

MASON CITY – In a clear sign that demand for their paper is waning, the Globe Gazette says they won’t produce a newspaper on Mondays anymore.

In a quiet story that didn’t make their Facebook page, the Globe Gazette announced a “switch to a six-day weekly publication schedule”. The Lee Enterprises-owned newspaper will publish only Tuesday through Sunday, beginning next month. It was just two years ago that the Globe announced it had spent $2 million on a used printing press, apparently to fix up the blurry newspaper pages it was delivering.  Now, those newspapers are getting smaller and will be delivered much less often. 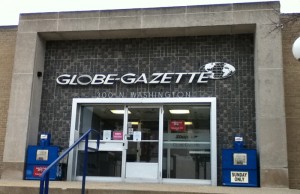 Billionaire investor Warren Buffet said in 2014 newspapers are on the way out and the number of people looking at them “is going down”.  It could very well be that this genius economist was foretelling the future in the case of the Globe Gazette.  Some are already speculating that it is just a matter of time before the Globe Gazette becomes a weekly newspaper.  One Globe Gazette employee told NIT “Yeah. Pretty sad day” when asked about the Globe surrendering on Mondays and producing no paper.

As the Globe made their announcement, its parent company, Lee Enterprises, released its quarterly financial report, and it was less than stellar.  Here are some highlights:

14 Responses to Globe throws in the towel on Monday newspapers