This news story was published on December 24, 2014.
Advertise on NIT • Subscribe to NIT 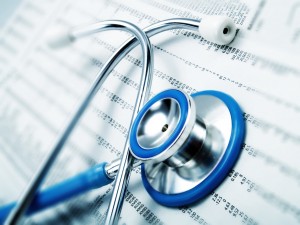 WASHINGTON, D.C. – The U.S. Food and Drug Administration this week granted accelerated approval to a new treatment for patients with unresectable (cannot be removed by surgery) or metastatic (advanced) melanoma who no longer respond to other drugs.

Melanoma is the fifth most common type of cancer in the United States. It forms in the body’s melanocyte cells, which develop the skin’s pigment. The National Cancer Institute estimates that 76,100 Americans will be diagnosed with melanoma and 9,710 will die from the disease this year.

Opdivo works by inhibiting the PD-1 protein on cells, which blocks the body’s immune system from attacking melanoma tumors. Opdivo is intended for patients who have been previously treated with ipilimumab and, for melanoma patients whose tumors express a gene mutation called BRAF V600, for use after treatment with ipilimumab and a BRAF inhibitor.

“Opdivo is the seventh new melanoma drug approved by the FDA since 2011,” said Richard Pazdur, M.D., director of the Office of Hematology and Oncology Products in the FDA’s Center for Drug Evaluation and Research. “The continued development and approval of novel therapies based on our increasing understanding of tumor immunology and molecular pathways are changing the treatment paradigm for serious and life-threatening diseases.”

Other FDA-approved treatments for melanoma include ipilimumab (2011), peginterferon alfa-2b (2011), vemurafenib (2011), dabrafenib (2013), trametinib (2013) and pembrolizumab (2014). Opdivo is being approved more than three months ahead of the prescription drug user fee goal date of March 30, 2015, the date when the agency was scheduled to complete its review of the application.

The FDA granted Opvido breakthrough therapy designation, priority review and orphan product designation because the sponsor demonstrated through preliminary clinical evidence that the drug may offer a substantial improvement over available therapies; the drug had the potential, at the time of the application was submitted, to be a significant improvement in safety or effectiveness in the treatment of a serious condition; and the drug is intended to treat a rare disease, respectively.

Opvido is being approved under the FDA’s accelerated approval program, which allows approval of a drug to treat a serious or life-threatening disease based on clinical data showing the drug has an effect on a surrogate endpoint reasonably likely to predict clinical benefit to patients. This program provides earlier patient access to promising new drugs while the company conducts additional clinical trials to confirm the drug’s benefit.

Opdivo’s efficacy was demonstrated in 120 clinical trial participants with unresectable or metastatic melanoma. Results showed that 32 percent of participants receiving Opdivo had their tumors shrink (objective response rate). This effect lasted for more than six months in approximately one-third of the participants who experienced tumor shrinkage.