ARLINGTON, IOWA – A bachelor from the small Iowa town of Arlington has been arrested and charged with raping two children.

After a week long investigation, the Fayette County Sheriff’s Office conducted a search warrant at the residence of 34-year-old unattached bachelor Leroy Daniel Kula, Jr. located at 861 Fairfield Street in Arlington, Iowa. Deputies seized evidence and items that aided their investigation and October 31 arrest of Kula.

Kula was charged with two counts of Sexual Abuse in the second degree, a class “C” felony. The investigation uncovered two female victims under the age of 12 had been abused by Kula numerous times at his home over the summer of 2014. The Department of Human Services were called in and assisted with placement of the children in his care. Deputies also seized computers and will be sending them to the Division of Criminal Investigation Crimes Against Children Unit in Cedar Rapids for forensic search.

Fayette county said that this is an ongoing investigation and more charges could be filed at a later date. 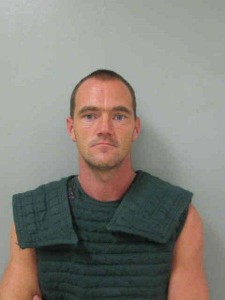