Emily E. Francis, age 32, is now serving a 7 day jail term after being sentenced last week in a guilty plea to enhanced third degree theft. She as also placed on a year of probation and ordered to pay $325.00 in court costs and fees.

Police were called to Wal-Mart on March 30 at about 5:28 PM after employees reported they had subjects detained for shoplifting.  Francis and her boyfriend, Andrew Buttshaw, age 33 of Mason City, were arrested.   The value on the items allegedly stolen was $357.00.  Buttshaw was charged with fourth degree theft.   He pled guilty in May and was fined.  Francis had multiple prior theft convictions so her charge was enhanced to third degree theft.

Francis was released from prison last summer after serving about a year for her part in a bank robbery and diversion of police that allowed her and another man – Allen Mark Penhollow – to initially get away with the crime.  Francis was an accomplice in the February 3rd, 2012 robbery of the 1st Citizens Bank in downtown Mason City.  Police said in the hours that followed the robbery that just a few minutes before the bank was robbed, a “vague” bomb threat was called into Newman School, potentially diverting police from the bank location. Penhollow also served about a year in prison for that crime. Both culprits still owe well over $11,000 to Iowa courts in that crime. 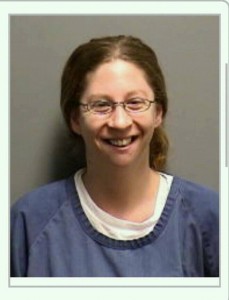