WASHINGTON, D.C. – It was proclaimed Wednesday that a company from Taiwan will invest billions of dollars in Wisconsin to build electronic flat display screens – and employ thousands of people.

According to Wisconsin’s lead economic development organization, Foxconn plans to employ upwards of 13,000 workers with a capital investment of $10 billion, “by far the state’s largest economic development project and is the largest corporate attraction project in U.S. history as measured by jobs.” 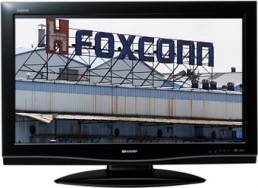 Foxconn, which works closely with Apple, will manufacture LCD screens used in computers, smartphones, TV’s and more.  It will offer 3,000 “good wage” jobs to start with a potential to add 10,000 more.

The project will be one of the largest greenfield investments by a foreign-based company in U.S. history as measured by jobs.  With a floor area of 20 million square feet, the Foxconn campus will be large enough to hold 11 Lambeau Fields. It will become one of the largest manufacturing campuses in the world – eclipsing the New Century Global Center in Chengdu, China, the Tesla Gigafactory in Sparks, Nevada, and the Boeing facility in Everett, Washington.

Foxconn’s investment will create the first liquid crystal display (LCD) manufacturing facility in North America and the only one globally that is not located in Asia. 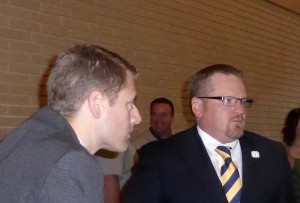