This news story was published on August 29, 2014.
Advertise on NIT • Subscribe to NIT 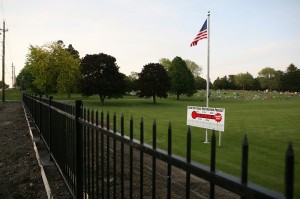 HAMPTON – City officials in Hampton are scared of a local man and have banned him from all public property after he wanted the city to honor a man who killed 5 people at a council meeting 6 years ago in Missouri.

According to meeting minutes from the August 28 council meeting, Mayor Brook Boehmler directed staff to place a phone call to Milton Heyde, 1507 Quail Avenue, Hampton, Iowa, who had requested opportunity to address the City Council regarding various matters of dissatisfaction with the City’s code enforcement of nuisance violations and other matters involving his properties. Mayor Boehmler invited City Attorney Rosenberg to make a statement on behalf of the City, with explanation of why Mr. Heyde was participating via phone.

Rosenberg then read aloud some documents which Heyde had recently submitted to City Hall, as well as a response notice the City sent to Heyde, dated August 27, 2014, which included but is not limited to the following; “On August 27, 2014, the City received your letter regarding topics you intended to discuss during the public comment portion of the Council meeting. Item 7 of that correspondence stated “Request that Aug. 18 be declared “Cookie Thorton (sic) Day,” in memory of Cookie Thorton (sic), Kirkwood Missouri, 2008.” Being unfamiliar with this reference, city staff did some research and learned that Charles Lee “Cookie” Thornton murdered five people at a City Council meeting in Kirkwood, Missouri, in 2008. 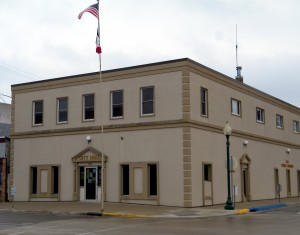 The City then informed Mr. Heyde that his request that the City “honor a murderer, who specifically targeted City officials, to be a threat to all City employees and elected officials. For that reason you will only be allowed to present evidence at your appeal via telephone. Your phone testimony may be supplemented by written comments submitted by facsimile, in the same manner in which you submitted your correspondence on August 27, 2014.”

Rosenburg went on to state that Heyde was further notified that pursuant to Iowa Code Section 716.7(2), he is prohibited from entering any City property. If he enters any City property, he will be arrested and charged with criminal trespass.

Mayor Boehmler then advised Mr. Heyde he would be allowed five minutes to voice his comments. Heyde denied anything threatening in his letters, and claims it was in response to what he feels is the City’s practice of selective enforcement of City Code for property maintenance. Heyde said he feels his civil rights are being violated by the City, with the limitations they have placed on him recently. Heyde stated that he was seeking home addresses for elected officials to verify code compliance. Heyde expressed his dislike for homosexuality, and he feels the City may be picking on him for his opposition to homosexuality. In reference to his request for declaration of a ‘Cookie Thorton Day’, Heyde said he believed Thornton was never charged with murder; Thornton was persecuted and some lessons could be learned from a lot of people. Heyde stated that there are all kinds of school shootings, you hear that you shouldn’t bully people, don’t pick on them, but you don’t hear that you shouldn’t shoot at the school. Heyde further stated his intention to sue the City in state or federal court.

Later in the meeting, Mayor Boehmler opened the Public Hearing requested by North Iowa Rentals, LLC, Milton Heyde, in appeal of a nuisance abatement notice served for violations at his property, located at 618 3rd Avenue SE.
 
Mayor Boehmler offered opportunity for City comments regarding this matter; City Attorney Rosenberg explained the appeal would serve to evaluate the appropriateness of the abatement notice. Mayor Boehmler advised Mr. Heyde he had two minutes to voice his appeal.

Heyde argued two minutes is too short, not being allowed to be present in person is not fair, and he accused City Administrator Doug Tarr of lying about the City receiving a complaint about his property. Heyde said if citizens did complain, he wants to know who they are. He further stated five days wasn’t long enough to comply with the abatement required, when others were allowed longer times. He claims this is harassment. City Attorney Rosenberg referred comment to Tarr for evidence of non-compliance. Tarr explained that he indeed has had complaints from neighbors and is not lying. He provided evidence to the Council, which included complaint reports generated through Hampton Police Department. Tarr explained issues such as collapsed overhead garage door, holes in house and garage walk-in doors, which is allowing rodents access to garage and home. Mr. Heyde invited comments from potential buyers of the property, whom he believed to be present at the meeting. Mayor Boehmler asked if they wished to comment; they declined. Mayor Boehmler closed the Public Hearing at 6:40 p.m.

A motion was made by the council to deny the appeal and support the findings and compliance standards set by City officials, which was approved unanimously. Mayor Boehmler asked Mr. Heyde how much time he felt he needed to abate the violations; Heyde responded 30 days. City Attorney Rosenberg noted Mr. Heyde has received three notices in the past 18 months regarding violations at this property with varying deadline requirements ranging from 5 days to 30 days; suggesting it would be reasonable to expect compliance by 9:00 a.m., Tuesday, September 2nd. A motion was made by the council to require compliance with a deadline of September 2nd, 9:00 a.m., or a citation would be issue. The motion approved unanimously.